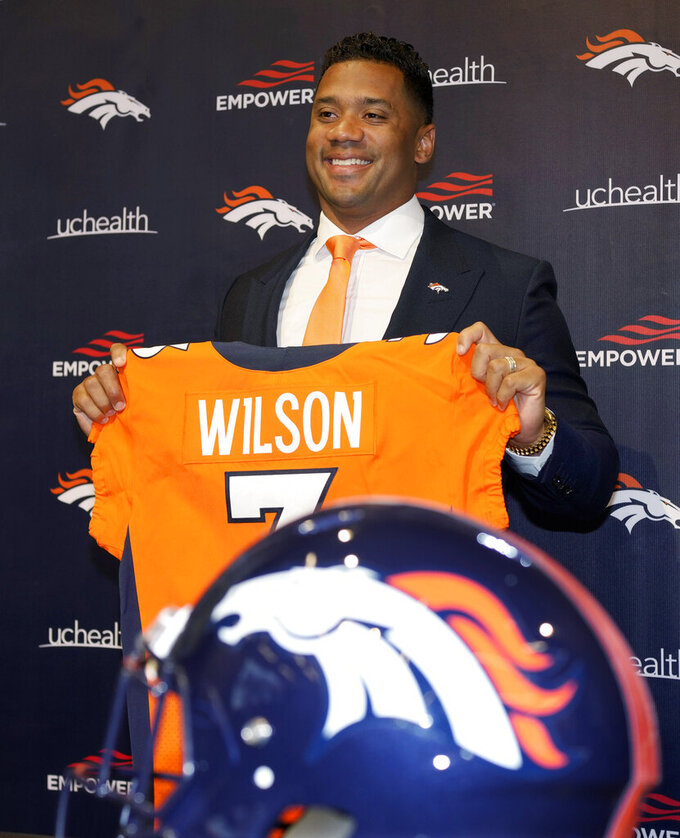 A look at what's happening around baseball on Friday:

Rachel Balkovec is set to become the first woman to manage a minor league affiliate of a major league team when her Class-A Tampa Tarpons in the New York Yankees' organization face the Lakeland Flying Tigers in the Florida State League.

“I’ve thought about it plenty,” the 34-year-old Balkovec said last week. “Just trying, with as many distractions there will be, lock in what we’re trying to do on the field and what we have to prepare, and that’s it.”

Balkovec has broken several barriers on her way to the position. She was the first woman to serve as a full-time minor league strength and conditioning coach, then the first to be a full-time hitting coach in the minors with the Yankees.

The Yankees announced her hiring as a minor league manager in January.

Balkovec, a former softball catcher at Creighton and New Mexico, got her first job in professional baseball with the St. Louis Cardinals as a minor league strength and conditioning coach in 2012.

Max Scherzer makes his New York Mets debut in the second game of the season at Washington, the team he helped lead to a World Series title in 2019.

The three-time Cy Young Award winner developed a problem with his right hamstring late in spring training but declared himself “good to go” after coming through some fielding work just fine Thursday at Nationals Park.

“I knew it was a hiccup. I knew it wasn’t a major, like, injury. I’ve done this a couple times and had an idea what it was,” Scherzer said, speaking in the visiting team’s clubhouse at a stadium he called home for 6 1/2 seasons.

Asked what he expects his return to the mound in the nation’s capital to be like, he said: “It’s just going to be a crazy, wild atmosphere.”

Washington traded Scherzer to the Los Angeles Dodgers last July and he finished a combined 15-4 with a 2.46 ERA and 236 strikeouts in 179 1/3 innings. He became a free agent in the fall and signed a $130 million, three-year contract with the Mets.

Freddie Freeman, Carlos Correa, Trevor Story and Kris Bryant are some other stars ready to debut for their new teams.

Freeman plays his first game for the Dodgers in Colorado against the Rockies, who signed Bryant to a $182 million contract in the offseason. Freeman, the 2020 NL MVP, inked a $162 million deal with Los Angeles after leading the Atlanta Braves to a World Series championship last season.

Story gets his first taste of baseball’s biggest rivalry as his Boston Red Sox face the Yankees in New York, another opener pushed back from Thursday because of bad weather.

New Broncos quarterback Russell Wilson’s first completion in Denver will be to a catcher.

Wilson will toss out the first pitch when the Rockies host the Los Angeles Dodgers in the season opener. Wilson was once an infielder taken by Colorado in the fourth round of the 2010 draft.

After batting .229 over two minor league seasons, Wilson did an end-around on baseball and chose the gridiron option.

The Broncos acquired Wilson in a deal with Seattle last month. He helped the Seahawks beat Peyton Manning and the Broncos in Super Bowl 48.

Freeland won’t be offering any first-pitch tips to Wilson.

“He knows what he’s doing,” Freeland said. “I’m sure he’s going to fire a strike.”

There were 127 players on Major League Baseball’s injured list on opening day following a shortened spring training, an increase of six from the start of last season.

Cincinnati led the major leagues with eight players on the IL, and the Chicago Cubs and White Sox had seven each.

Last year, San Diego began with 13 but reduced the total to six at the start of this year.

There were an additional two players on the COVID-19 IL, both on Colorado: pitchers Lucas Gilbreath and Robert Stephenson.