Lions hoping investments in TEs Hockenson and James pay off 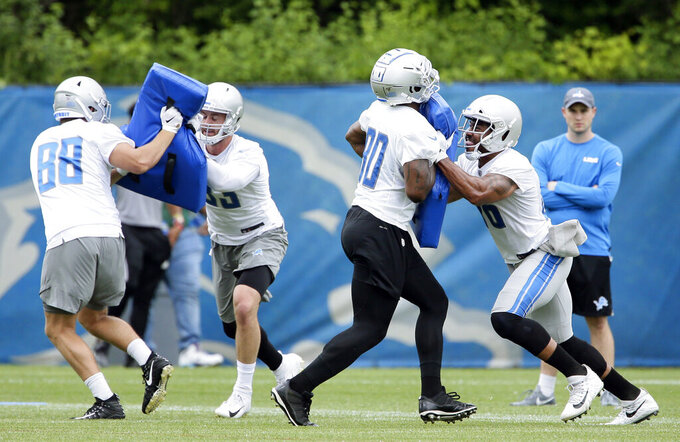 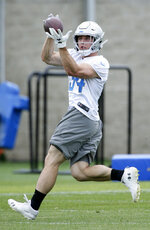 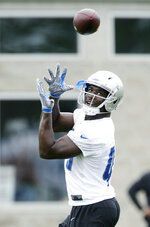 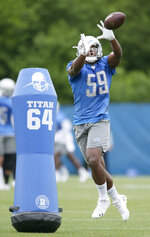 ALLEN PARK, Mich. (AP) — The Detroit Lions have invested a lot in tight ends, desperately hoping to turn a weakness into a strength.

Detroit drafted Iowa star T.J. Hockenson early in the first round of the NFL draft in April a month after signing veteran Jesse James .

"We did a great job this offseason, getting the pieces that we thought we were missing," Lions tight end Michael Roberts said.

Roberts was referring to the entire team, but improving the options at his position was clearly a point of emphasis for the front office one year after it appeared to make a mistake.

The Lions let Eric Ebron go before the 2018 season and failed to effectively replace him, leading to one of the factors that slowed down Matthew Stafford and the offense. Ebron , meanwhile, flourished with the Indianapolis Colts.

Toilolo, Willson and Valles didn't return to play in Detroit, and Roberts' job appears to be in jeopardy.

"It's just competition," Roberts said. "It's no secret we haven't had the best couple of years at the tight end position. I'm hoping we're one of the best tight end corps in the league."

Hockenson and James will likely play a lot, giving Stafford a pair of solid targets at tight end to go along with receivers Kenny Golladay, Marvin Jones and Danny Amendola.

The 6-foot-5, 251-pound Hockenson was a second-team All-America and first-team All-Big Ten player last season. He led Iowa with 760 yards receiving and was second on the team with 49 receptions and six touchdowns.

Hockenson is the first tight end taken No. 8 or higher since San Francisco selected Vernon Davis sixth overall in 2006.

James had 120 receptions for 1,189 yards and nine touchdowns in four seasons with the Pittsburgh Steelers.

Roberts may be vying for one spot on the team with Logan Thomas, Jerome Cunningham and Isaac Nauta.

Thomas said there's a good mix of players at the position.

"Some guys have played a lot of football and some guys that are new to the league," said Thomas, who had 19 catches for 144 yards and a touchdown over the past two years with the Bills.

"We got a bunch of guys that want it, they're hungry and they want to have success. As a coach, I think that's what you ask for out of your guys. And as a player, that's what you want from the player beside you."