Lions practice without Darrell Bevell due to contact tracing 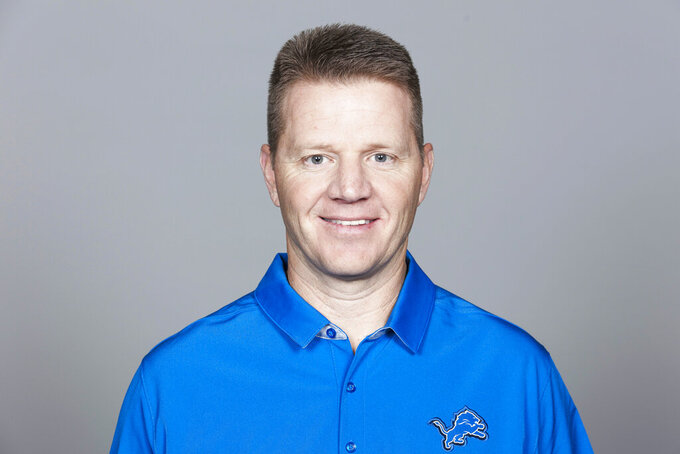 The Detroit Lions have resumed practicing without interim coach Darrell Bevell, defensive coordinator Cory Undlin and and some other assistants on the field.

Bevell said Wednesday he has not tested positive for COVID-19, but he is among the several coaches affected by contact tracing. The Lions closed their training facility on Tuesday because one player and one coach tested positive for the coronavirus.

“We have not had any new positive tests, which will enable us to be able to go ahead with practice and have the players here in the building," Bevell said.

Bevell and the other coaches in isolation watched the practice virtually and were part of meetings via Zoom.

Detroit (5-9) is scheduled to host Tampa Bay (5-9) on Saturday, and the reeling and banged-up team might potentially be without its interim coach, defensive coordinator and other assistants. The Buccaneers can clinch a spot in the playoffs with a win at Ford Field.

“By the end of the week, we’ll give you all the information that we need to in terms of the contingency plans that we have for guys in specific roles," Bevell said. “Obviously, it’s a time where we really do need to adjust."

Bevell said he is “super frustrated," in part because he was quarantined Tuesday on his 28th anniversary.

Bevell said he and the impacted coaches will likely have to remain quarantined at the hotel through Christmas.

“It’s kind of hard times, but I don’t think it’s any different than what anybody in the world is going through right now," Bevell said.

Bevell said he is concerned for the people within the organization that have tested positive for the coronavirus, and for those making bigger sacrifices during the pandemic.

“We’ve got hospital workers, front-line workers, and we’re blessed to still be able to play football," he said. “But it’s kind of frustrating."