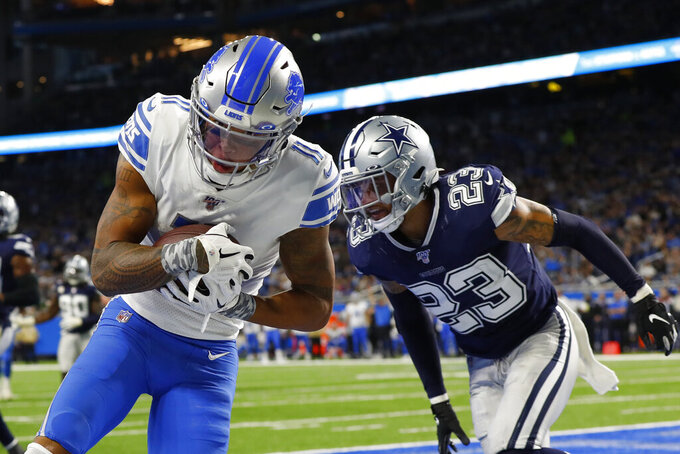 Detroit has lost six straight games and nine of its past 10. Jones was a bright spot at times, catching 62 passes for 779 yards and nine touchdowns. He had 1,101 yards receiving during the 2017 season but has been limited to just 22 games since then.

The Lions have been decimated by injuries. Quarterbacks Matthew Stafford and Jeff Driskel have been out, forcing the team to turn to David Blough. Detroit also lost running back Kerryon Johnson.