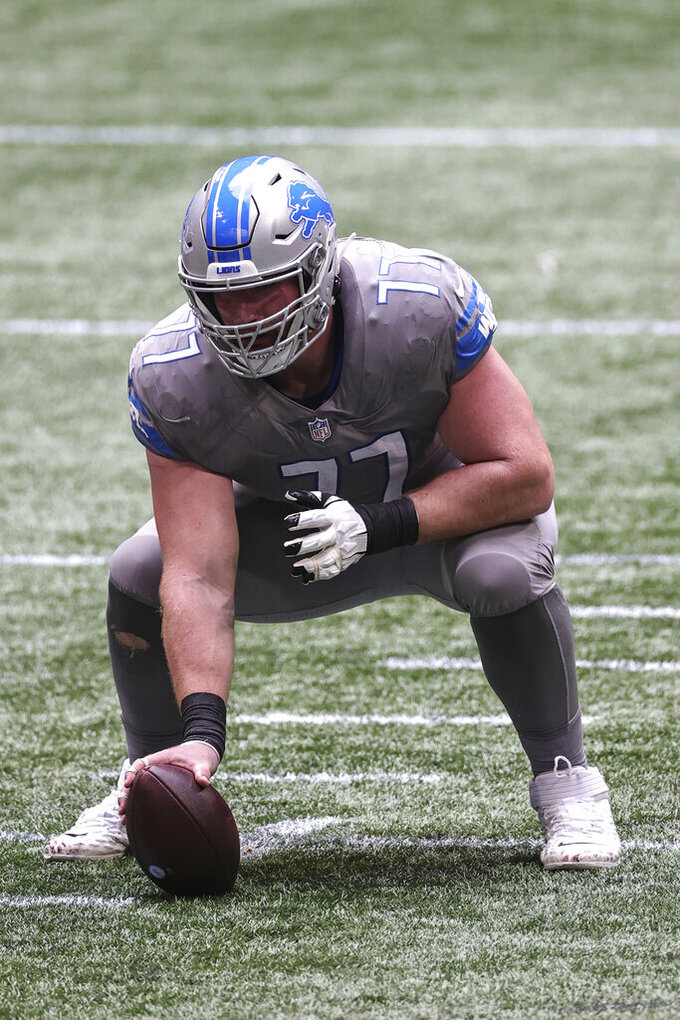 Detroit Lions center Frank Ragnow (77) prepares to snap the ball in an NFL game against the Atlanta Falcons, Sunday, Oct. 25, 2020 in Atlanta. The Lions defeated the Falcons 23-22. (Margaret Bowles via AP)

Lions quarterback Chase Daniel says Wednesday that Ragnow played with a fractured throat. Daniel says the team didn’t miss a beat even though Ragnow could not make calls on the line in a 31-24 loss to Green Bay.

Ragnow did not practice Wednesday because of a throat injury, according to the team's practice report.

Daniel played in the fourth quarter in place of Matthew Stafford, who was knocked out of the game by a rib injury.

Detroit drafted Ragnow out of Arkansas with the No. 20 pick overall in 2018. He has started every game this year, missed only one game last season and started in all 16 games as a rookie. The Lions play at Tennessee on Sunday.