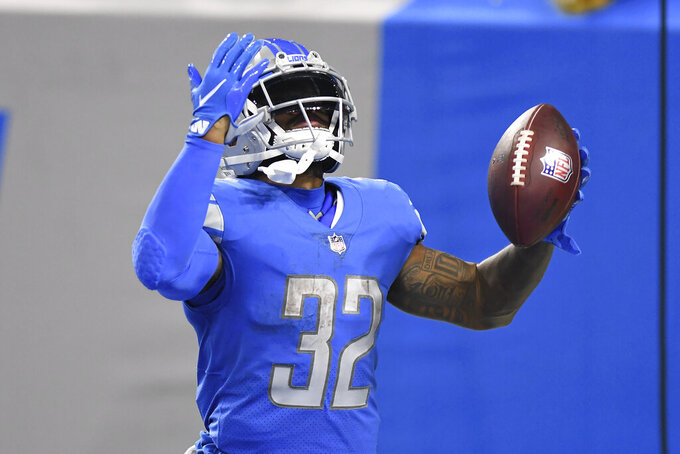 Detroit Lions running back D'Andre Swift (32) celebrates his 43-yard touchdown reception against the San Francisco 49ers in the second half of an NFL football game in Detroit, Sunday, Sept. 12, 2021. (AP Photo/Lon Horwedel)

Guard Lucas Patrick and safety Darnell Savage are active for the Packers after being listed as questionable. Patrick was in concussion protocol and Savage had a shoulder injury.

The Packers won't have tight end Josiah Deguara, who also was in concussion protocol and had been listed as doubtful.