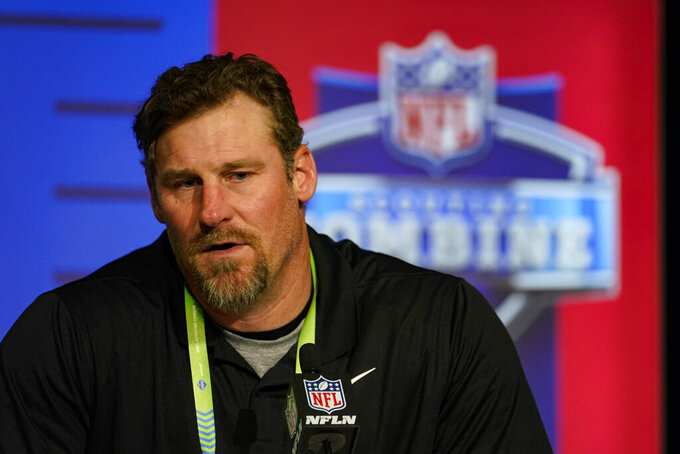 ALLEN PARK, Mich. (AP) — The Detroit Lions have signed unrestricted free agent Tracy Walker to a $25 million, three-year deal and he is determined to be part of the team's turnaround.

“Everybody just always doubts the Lions, and I hate that," Walker said Tuesday.

Since drafting Walker in the third round four years ago, Detroit has averaged four wins a season.

Even though the Lions was 3-13-1 in 2021, Walker was encouraged by how they finished the season under first-year coach Dan Campbell with three wins over the last seven games.

“That made me want to stick around," Walker said.

Walker started in all 15 games he played last season and led the team with 108 tackles, including a sack. He has started 34 of 59 games with 319 tackles and three interceptions since ex-general manager Bob Quinn drafted him out of Louisiana-Lafayette.

Detroit retained some depth earlier in the day on the other side of the ball, keeping restricted free agent Brown off the market with a $2 million, one-year contract.

Detroit made the moves on Tuesday, a day before NFL free agency officially begins.

Walker said he turned down opportunities elsewhere in the league to stay.

“I had offers and I had people who wanted me, but I know what home is and this is home," Walker said.

He entered the league as an undrafted free agent in 2018 and played in four games in 2019 with the New York Giants and Miami. Brown played in five games with the Cleveland Browns in 2020 before they waived him, and he was in two games later that season with Detroit.