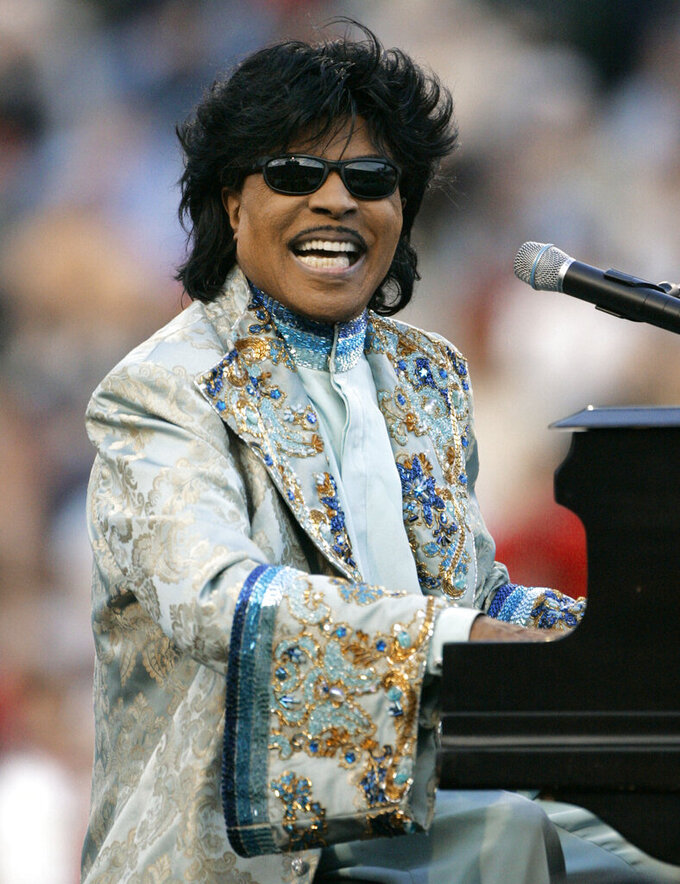 FILE - Little Richard performs during halftime at the Liberty Bowl in Memphis, Tenn. on Dec. 31, 2004. ESPN is changing their “Monday Night Football” theme song. The season will feature a new version of Little Richard's hit “Rip It Up,” featuring new instrumentals and backup vocals from the Virginia-based band Butcher Brown. Hank Williams Jr. had sung the theme song for years in a version of his hit “All My Rowdy Friends Are Coming Over Tonight." (AP Photo/Mark Humphrey, File)

ESPN is hoping that one of the architects of rock n' roll can bring some new energy to their “Monday Night Football” show with fewer fans in the stands this year.

The new season starting Monday will feature a new version of Little Richard's hit “Rip It Up” featuring new instrumentals and backup vocals from the Virginia-based band Butcher Brown.

The song replaces Hank Williams Jr.'s “All My Rowdy Friends Are Coming Over Tonight," which was repurposed with new lyrics like, “All my rowdy friends are here for Monday night.” Williams' song was used on the show for two periods, 1989-2011 and then 2017-2019.

ESPN said in a press release on Friday that Little Richard's song will be combined with NFL and team highlights. The 1956 song was a No. 1 R&B hit for the flamboyant Rock and Roll Hall of Famer, who died in May at the age of 87 in Tennessee.

“We’re truly excited to have teamed up with ESPN for this project, and are honored to have had the opportunity to work with the music of the King of Rock N’ Roll, Little Richard,” said Butcher Brown in a statement provided by ESPN.

“Monday Night Football” will kick off with a doubleheader featuring the Pittsburgh Steelers playing New York Giants and the Tennessee Titans at the Denver Broncos.