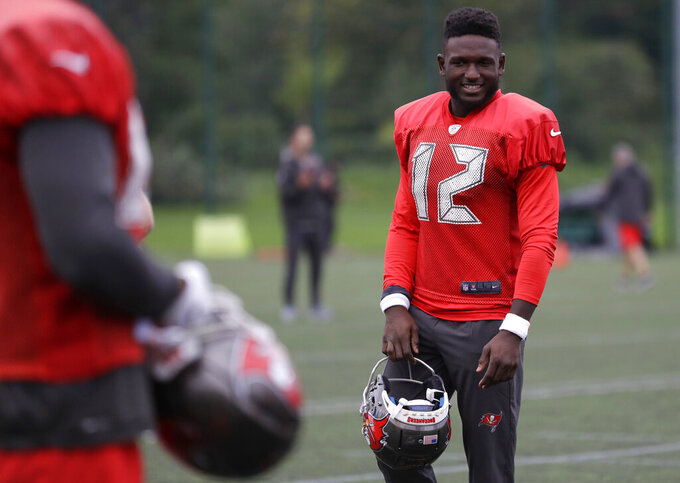 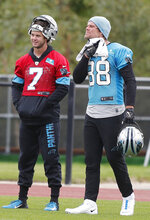 LONDON (AP) — After an overnight flight across the Atlantic Ocean and a few hours of rest, the Tampa Bay Buccaneers quickly got their welcome-to-London moment.

When they took the field for practice at the Blackheath rugby football club Friday afternoon, they dealt with typical English weather rather than what they're used to back home in Florida.

The wind was howling, the sky was overcast and the temperatures were quite cool, providing a perfect English experience for the American visitors. Coach Bruce Arians said the wind was sending the ball two or three yards in different directions on passes at times.

"It was fun to play in a different atmosphere," quarterback Jameis Winston said. "A lot of us said it's kind of chilly with the wind. In Tampa it's a hot breeze. There are no cold breezes there."

The Bucs held their only practice in London before Sunday's game at Tottenham Hotspur Stadium against the Carolina Panthers. They left home Thursday and took the overnight flight to England, forcing players to acclimate to a new time zone.

Receiver Chris Godwin said the practice was a little different than a normal one as players tried to get their legs back after spending so many hours on a plane. But he expects everyone to be back to normal by game time Sunday.

"You kind of have to," he said. "Once you step on the field, it's football. All this extra stuff on the outside is cool, but once the whistle starts blowing, it's time to play."

Carolina arrived a day earlier for the game than the Bucs, following a schedule Seattle used successfully on the way to beating the Raiders. The Panthers spent Thursday doing a walk-through and then helping out at an NFL-sponsored flag football event for local kids.

They then returned to their temporary practice site for the week at the prestigious Harrow School outside of London on Friday for their final practice before the game.

The school educated several prime ministers, including Winston Churchill, as well as princes and other royalty around the world. The school was also used as the scene in a Harry Potter movie. While coach Ron Rivera enjoyed the historic aspect of it, the main purpose for the Panthers this week was using the school as a practice facility.

Rivera also wanted to make sure his players also took time to enjoy themselves in a new country when they get the chance, telling them to "be where your feet are".

The Panthers got good news on the injury front with star running back Christian McCaffrey able to be a full participant on Friday after missing Wednesday's practice with a sore back.

McCaffrey is off to an impressive start this season with 866 yards from scrimmage, the second most through five games in NFL history to Jim Brown's 988 yards in 1963.

The only team to hold McCaffrey to less than 175 yards from scrimmage and the only team to keep him out of the end zone in a game this season was Tampa Bay in Week 2, when the Bucs limited him to 53 total yards in a 20-14 win in a Thursday night home game.

McCaffrey has 604 yards from scrimmage and five TDs in the three games since that loss at Carolina.

"Everything I've seen on the film, I didn't like, because he's running for touchdowns all the time," Bucs defensive coordinator Todd Bowles said. "(They're doing) nothing different. Like I said, they're running the ball a lot better. You can tell they've come together as a unit and they understand who they are and they do it very well."