Long shots in NFL face even longer odds during pandemic 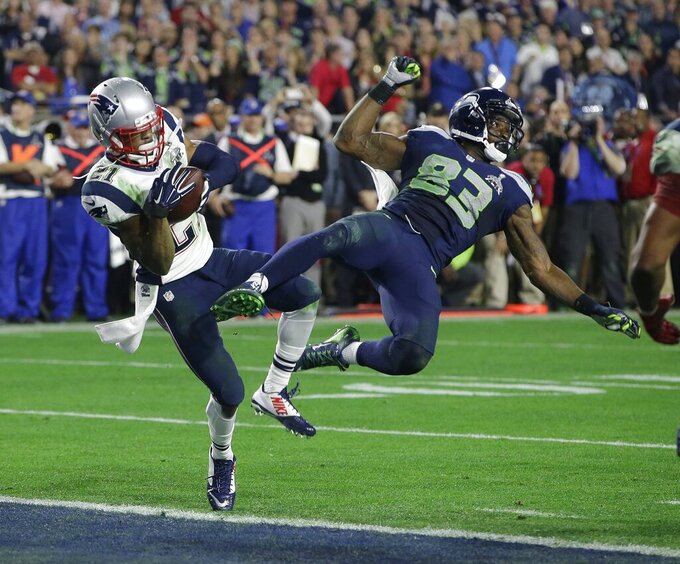 FILE - New England Patriots strong safety Malcolm Butler (21) intercepts a pass intended for Seattle Seahawks wide receiver Ricardo Lockette (83) during the second half of NFL Super Bowl XLIX football game Sunday, Feb. 1, 2015, in Glendale, Ariz. Butler was an "invited tryout" player who got his chance in May of 2014. Nine months later, his first career interception saved the Super Bowl for the Patriots when he dug inside Seahawks receiver Ricardo Lockette to pick off Russell Wilson's pass from the 1 with 20 seconds remaining to preserve New England's 28-24 win. (AP Photo/Kathy Willens, File) 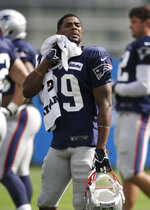 The coronavirus pandemic has made it harder this year for long shots to make their mark and earn an NFL roster spot.

“Honestly, I probably wouldn’t be in the NFL if this would’ve happened my rookie year,” said Vikings receiver Adam Thielen, among an impressive group of stars who have wiggled their way from undrafted afterthoughts to Pro Bowl mainstays.

The time-honored concept of prospects essentially auditioning for all 32 teams at training camp was wiped out by reduced rosters, no preseason games and the need for established starters to get more snaps at practice.

“That’s the part that really sucks,” 49ers star Richard Sherman said, “because there’s been some fantastic fringe guys that have made this league great.”

Among them: Hall of Famer Terrell Davis, Super Bowl hero Malcolm Butler, and All-Decade D-back Chris Harris Jr., players who parlayed head-turning performances in the preseason into exploits that would change their franchise’s fortunes.

There’s still no telling, however, who all slipped through the widened cracks in this strange lead-up to the 2020 season.

“There are definitely guys out there that, because of the situation we’re in, maybe are missing those opportunities that normally would be available to them, and certainly the easiest (recent example) to just throw off the top of my head is Malcolm Butler,” said Lions coach Matt Patricia.

He was New England’s defensive coordinator when the Patriots signed the undrafted defensive back from West Alabama in 2014 as an “invited tryout” player in May. Nine months later, his first career interception saved the Super Bowl for the Patriots against the Seahawks.

It wasn’t just the undrafted players who had it tough this summer. Also facing an uphill climb to make it past cutdown day were lower-round projects such as Davis was back in 1995 when he nearly gave up on his Hall of Fame career before it started.

Davis was just another lost-in-the-shuffle rookie filled with doubts when the Broncos traveled to Tokyo for an exhibition game against the 49ers 25 years ago.

“Let’s just say if I spoke better Japanese I wouldn’t be here,” said Davis, a member of the 2017 NFL Hall of Fame class. “I’m telling you, I was this close to walking out of there because I looked at everything around me and I just had no shot of making the team. I was a sixth-round draft pick, I was seventh on the depth chart, I wasn’t getting any reps in practice, I had my coach constantly on me. And it just didn’t feel like there was any way of me making the team.”

With a belly full of junk food, the rookie who wasn’t on anybody’s radar was summoned to cover a kickoff in the second half. He burst downfield and delivered a savage hit on returner Tyrone Drakeford that left fellow Hall of Famer Shannon Sharpe marveling, “Who was that?!”

Only the savior who would end the frustrations of a long-suffering franchise, city and larger-than-life quarterback who could never win the big game before Davis came along. John Elway credited Davis with helping him finally win it all after three Super Bowl losses.

This year, the players' demos were for just one team, their own, providing they didn't get dumped when the league decided on 80-man rosters for training camp instead of the usual 90.

“I couldn’t imagine being a rookie right now,” said 49ers O-lineman Tom Compton, a sixth-round pick in 2012. “I know when you’re a later-round pick guy or not drafted at all, your chances are less than a higher-drafted guy. So you really have to seize you’re opportunities early and often. It’s extremely difficult for those guys.”

Broncos eighth-year cornerback A.J. Bouye, who went undrafted out of Central Florida, had mixed emotions about the NFL canceling the preseason games.

“It’s a positive for the guys who’ve probably made the team because they don’t have to risk injury, but I look at the younger guys who’ve worked so hard,” Bouye said. “Even now, the only way you can get evaluated is in practice and what you do on special teams and offense and defense. It’s definitely harder.”

After a virtual offseason conducted entirely by videoconference, teams slowly ramped up their conditioning and went into pads in mid-August. But many teams never did any live hitting, when the ball carrier is taken to the ground, denying players the chance to “callous” their bodies for regular-season rigors.

“Part of the thought going into it is we always had the preseason games for that, so you didn’t have to worry about it. Now, if you do 12 or 24 live plays between now and game time, how much is that really simulating it? Everybody might get one or two shots,” Broncos coach Vic Fangio said. “We’ve just made the decision as an organization to not do it other than outside of some isolated situations” like in the red zone.