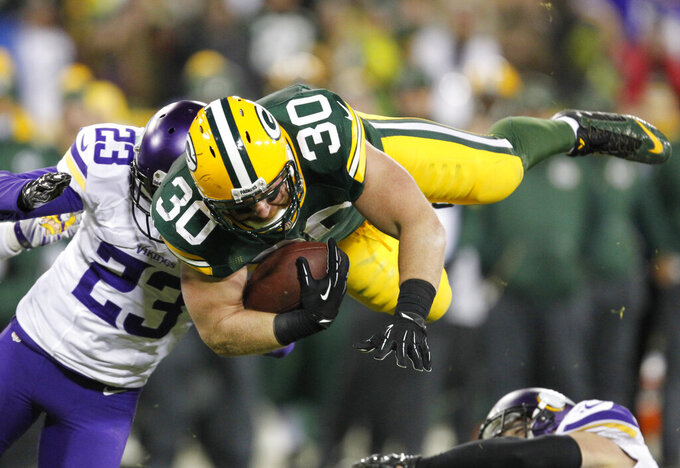 CORRECTS TO 12-YEAR CAREER, NOT 11 - FILE - In this Jan. 3, 2016, file photo, Green Bay Packers fullback John Kuhn is stopped on a run during the second half an NFL football game against the Minnesota Vikings in Green Bay, Wis. The Former Packers fullback announced his retirement Wednesday, March 6, 2019, after a 12-year career. (AP Photo/Matt Ludtke, File)

"John was a terrific football player and tremendous teammate who contributed to many years of success for the Packers," Gutekunst said in a statement.

Kuhn finished his career playing two seasons with the New Orleans Saints in 2016-17. He sat out 2018.