Michel returns, Gilmore still out as Pats prepare for Jets 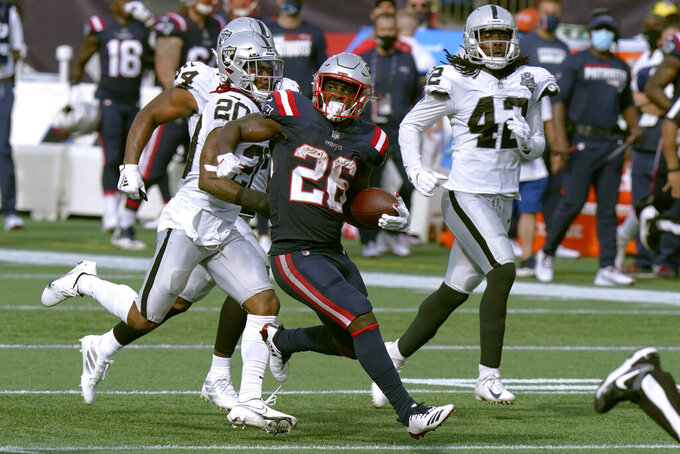 FOXBOROUGH, Mass. (AP) — Patriots running back Sony Michel returned to practice Thursday, a month after being placed on injured reserve with a quad injury.

Several of his teammates either sat out or were limited for New England's first workout of the week as the Patriots prepare for a road matchup with the Jets.

Cornerback Stephon Gilmore did not participate in Thursday’s workout as he recovers from a knee injury that caused him to miss last week’s loss to Buffalo. Also sitting out were receiver N’Keal Harry (concussion); defensive tackles Lawrence Guy (shoulder, elbow and knee) and Carl Davis (concussion); and running back J.J. Taylor (illness). Twelve other players were listed as limited participants with a variety of ailments.

Michel's return to practice and potential return to game action could provide a boost to an offense that has struggled to score points during its four-game losing streak.

Michel was added to the reserve/COVID-19 list on Oct. 17 and designated for return on Oct. 31. The team now has three weeks to add him to the active roster. He has appeared in three games, rushing 26 times for 173 yards and a touchdown. Michel led the Patriots with 912 rushing yards and seven TDs in 2019.

The Patriots currently rank 29th in the NFL averaging 19.4 points per game.

But they rank third in rushing offense (159.7 yards per game) thanks largely to the efforts of second-year running back Damien Harris, who has a pair of 100-yard games. His 279 rushing yards on the season rank second on the team behind quarterback Cam Newton’s 298.