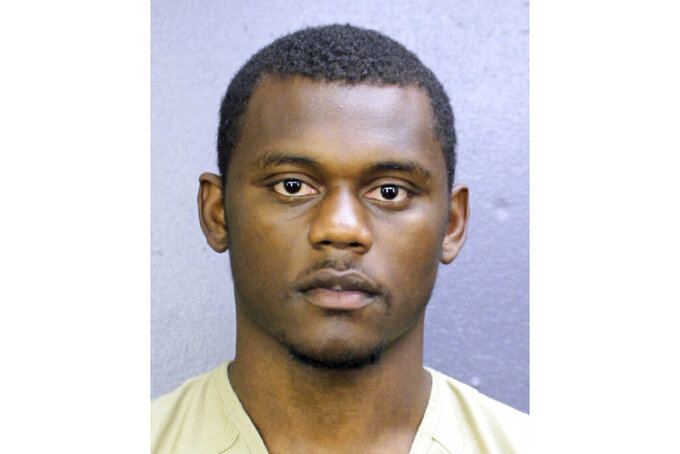 This booking photo provided by the Broward County, Fla., Sheriff's Office shows DeAndre Baker. The New York Giants cornerback surrendered to police Saturday, May 16, 2020, after being charged with robbing people of money and valuables at a cookout he was attending with another NFL football player. Baker is charged with four counts of armed robbery with a firearm and four counts of aggravated assault with a firearm. He turned himself in at the Broward County Jail. (Broward County Sheriff's Office via AP)

FORT LAUDERDALE, Fla. (AP) — NFL cornerbacks DeAndre Baker and Quinton Dunbar were released from Broward County Jail on Sunday, a day after surrendering on felony charges stemming from a cookout at a Miramar home.

Baker and Dunbar were attending the cookout Wednesday night when a fight broke out, and Baker pulled out a handgun, the warrant said. Baker, Dunbar and two other men began robbing people of thousands of dollars, watches and other valuables, witnesses told investigators. The players’ lawyers say they have witnesses who will clear them.

Baker was one of three first-round draft picks the Giants had last season. He was the 30th pick overall out of Georgia. He played in all 16 games, starting 15. He had 61 tackles and no interceptions.

Dunbar signed with Washington as an undrafted free agent out of Florida in 2015 and was traded to the Seahawks in March. He started 11 games for the Redskins last season, making 37 tackles and four interceptions.