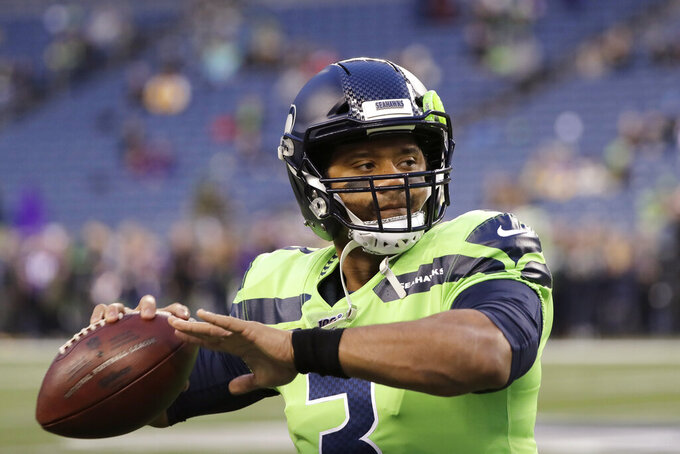 Rob Gronkowski is enjoying life in retirement — one piece at a time.

The former star tight end who helped the New England Patriots win three Super Bowls during his nine-year career uses jigsaw puzzles to lower his stress levels and to help his mental recovery.

Gronkowski said in an interview with Reena Ninan for “CBS Sunday Morning” that airs Sunday on the CBS Television Network that he “just wasn't feeling like myself anymore” after retiring from playing football. He said the lifestyle caught up to him and he wasn't enjoying playing the game.

The 30-year-old Gronkowski, who had 521 catches for 7,861 yards and 79 touchdowns, has used several methods to improve his life since his playing days, including nutrition programs, physical therapy — and solving puzzles.

“It just lowered my stress levels just the way, you know, I was feeling,” Gronkowski said. “I just, you know, (was) just always anxious, always going. And I just needed to finally find some downtime to just relax.”

Gronkowski, who estimates he had 20 concussions during his playing days, realized that doing puzzles was also helping him mentally, particularly with problem solving.

“It was crazy,” he said. "My brain was just clicking. It was just going. It was all on wheels.”

Though the first-rounder from North Carolina State has had his share of welcome-to-the-NFL moments this season, Bradbury has shown steady improvement at a challenging position. Just ask quarterback Kirk Cousins, who sent an encouraging text message to the rookie on Tuesday, the day after Minnesota’s loss at Seattle. “He’s done a really good job for how much we’ve put on him,” Cousins said.

Cousins had a greater purpose in mind with his message, too, recalling a pick-me-up he received as a rookie for Washington when coach Mike Shanahan summoned him to his office for a positive review during spring practices. “Going back to work that day and the next day and the day after that, to have confidence and belief that you’re doing something right and you’re going places, it makes all the difference,” Cousins said. “So I try to think back, ‘Who could I be Mike Shanahan for in a way and encourage them?' Sometimes it’s just a text or just walking off the field and telling somebody. You’re getting coached left and right and all the things that you need to do better, but you also need to hear when you’re doing things really well. I think people need to hear that.

NOT EVEN AN ASTERISK

To Tennessee Titans coach Mike Vrabel, there's really no significance for himself or even the history books of being the next-to-last team to play the Raiders in Oakland-Alameda County Coliseum.

Vrabel did play at Oakland during his 14-year NFL career as a linebacker. He said the dirt infield from baseball always made playing in such stadiums unique.

This visit comes well after the Oakland A's wrapped up the baseball season.

"I don’t think the dirt’s in there now," Vrabel said.

Panthers safety Eric Reid said when he first signed with Carolina last season, coach Ron Rivera told him he didn’t like that he was kneeling during the national anthem before NFL games.

Rivera’s parents came from a military background, and he didn’t understand Reid’s mission.

But Reid said he appreciates that Rivera, who was fired Tuesday as Carolina’s coach, took the time to research why he and former teammate Colin Kaepernick feel so strongly about speaking out about racial and social injustice in the United States, and why he took a knee during “The Star Spangled Banner.”

“He told me openly when we met that he didn’t understand and was against what I was doing,” Reid said. “But after speaking to me and doing some research of his own, he changed his mind about it and supporting it.”

“It showed that he’s not close-minded," Reid said, “and he is who he says he is when it comes to being accountable and speaking the truth.”

Russell Wilson is making big plays both on and off the field this season.

The Seattle Seahawks quarterback and his wife and recording artist Ciara's Why Not You Foundation partnered with DICK'S Sporting Goods and The DICK'S Foundation Sports Matter program to celebrate “Giving Tuesday” this week by surprising some young athletes in need.

Wilson showed up at the DICK'S location in Bellevue, Washington, and gave each of the youngsters from the Seattle-based nonprofit Rainier Athletes with $200 gift cards to the sporting goods store. He also surprised the kids' representatives with a $25,000 Sports Matter grant from The DICK'S Sporting Goods Foundation.

“I remember growing up going to DICK'S and around the holidays, I always wanted that new baseball glove or baseball bat,” said Wilson, who leads the NFL with 26 touchdown passes this season. "Sometimes my parents had the means to get me gear, sometimes they didn’t. My goal was to be a professional athlete one day and here I am.

"It was special to help these kids have their opportunity to get geared up.”

Atlanta's Matt Ryan enters the Falcons' game against Carolina on Sunday with 49,966 yards passing in his career. That means if he throws for 34, he'll hit 50,000 and become the second-fastest player in NFL history to reach the mark.

Ryan will be playing in his 186th game; only Drew Brees — in 183 games — accomplished the feat faster.