NFL to play 4 games in London next season, 1 in Mexico City 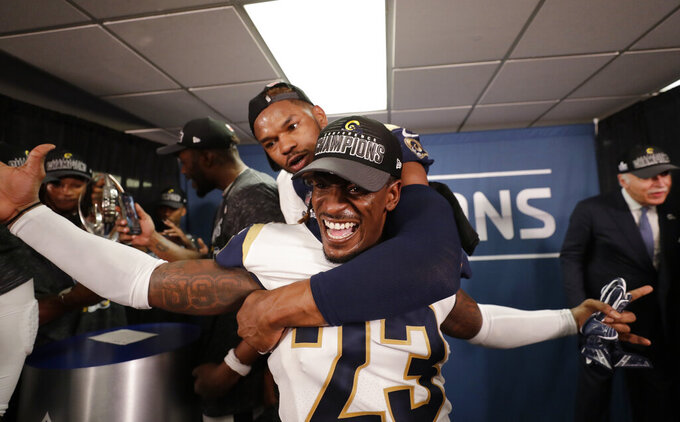 The league also said Monday one game will be in Mexico City — Kansas City vs. the Los Angeles Chargers at Azteca Stadium, which hosted games in 2016 and 2017. The Rams and Kansas City were to have played there Nov. 19 but the game was moved to Los Angeles because of poor field conditions.

In London, the NFC champion Los Angeles Rams will play Cincinnati. The other games are Houston-Jacksonville, Carolina-Tampa Bay and Chicago-Oakland. Jacksonville is owned by Shahid Khan, who also owns the Premier League club Fulham.

Two games will be at Wembley and two at Tottenham's new stadium, which was to have opened last summer but faced construction delays. The stadium's opening has been delayed six times. A game between Oakland and Seattle was to have been at Tottenham last Oct. 14 but was moved to Wembley.

The NFL has played annually in London since 2007 — 21 games at Wembley, three at Twickenham.

The NBA played two games at London's O2 Arena in 2011 and has had one there each January since 2013. The NHL played two regular-season games at O2 Arena in September 2007.