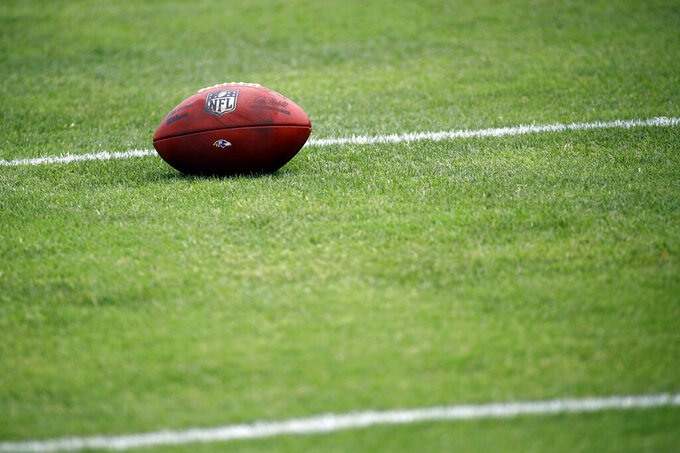 FILE - In this July 28, 2017, file photo, a football sits on a Baltimore Ravens practice field during NFL football training camp in Owings Mills, Md. As teams adhere to the medical protocols that wisely and necessarily have been ordered by the league and the players’ union, any sort of football action might be delayed until mid-August. (AP Photo/Patrick Semansky, File)

The NFL Players Association has reached an agreement with 2K Sports that will allow the video game developer to use the names, images and likenesses of over 2,000 players.

The agreement announced Thursday by both parties also includes OneTeam Partners, a marketing and licensing firm that represents the unions for NFL and Major League Baseball players.

The NFL and 2K announced a multiyear games partnership in March. It’s the first time since 2004 that 2K has produced an NFL game. The contract covers NFL-themed and non-simulation video games. The first titles are expected to be released early next year.