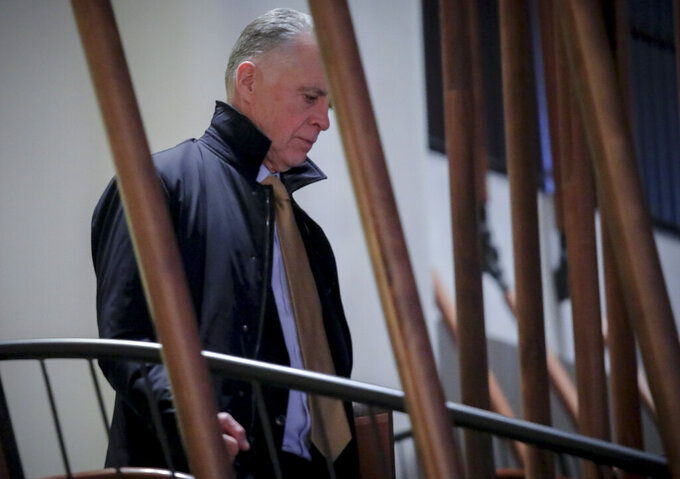 The NFL Players Association sent ballots to members Thursday for voting on the proposed collective bargaining agreement, giving the union a week to either ensure another 11 years of labor peace or send the matter back to the drawing board.

The NFLPA announced that votes would be accepted through March 12 at one minute before midnight. The more than 2,000 members will have a window of about 7 1/2 days to examine the 439-page document and cast a yes or no vote. Ratification requires a simple majority. So if only 1,000 ballots were returned, the union would need 501 yes votes to approve.

Every player who was a dues-paying member during the 2019 season received a ballot, the NFLPA said. Votes will be confidential and received by an independent auditor.

“We encourage every NFL player to review the the full collective bargaining agreement and exercise their democratic right to vote,” the union said in a statement.

The distribution took place two weeks after league owners voted their approval of the agreement that's a product of 10 months of talks between both sides. The NFLPA's 11-member executive committee initially voted 6-5 against the proposed terms, but last week in Indianapolis during the NFL scouting combine the 32 team representatives voted 17-14 in favor — with one abstention — of sending the CBA to the full membership for approval. The new rules, if accepted, would be in effect through the 2030 league year.

With the owners unwavering in their favor of a 17-game regular season, which would begin as soon as 2021 and no later than 2023, players focused more on safeguards for the additional wear and tear and an increased share of the revenue that would grow with the extra game.

Their primary contention with the terms is that they don't go far enough to reward and protect the players for the extra game. Pouncey went so far as to announce recently on social media he was arranging a contingency fund with fellow critics Mike Pouncey and Russell Okung that would assist young players in the event of a strike.

There's no telling how the full vote will turn out, though, with lesser-known and fringe players outnumbering stars. This CBA would give a bigger boost to the rank-and-file players than usual, with a roughly 20% hike to the minimum salary right away, to $610,000. That figure would top $1 million by 2029.

NFLPA executive director DeMaurice Smith said last week he believed the proposal would pass. NFL owners initiated a lockout in 2011 that lasted more than four months, but the two sides came together to reach the current agreement right before training camps were to begin. The last time games were lost to a labor dispute was during the player strike in 1987.

NFLPA vice president Sam Acho has been one of the most active supporters. He made the media rounds Thursday, telling SiriusXM radio that he has heard from some players who “are OK playing 17 games for the pay increase.”

The owners need labor peace to maximize their leverage in the next round of billion-dollar television contracts, but Acho cautioned against players assuming that reopening negotiations would necessarily lead to a better deal for the union.

“Then you have to consider the potential of there being a smaller pie that you're getting a percentage of,” Acho said. “That's where my mind's at.”

Among the notable changes in the proposed new CBA:

— Padded practices in training camp would be reduced from a total of 28 to 16, with a a five-day acclimation period preceding summer practices. There would be more mandatory days off during camp and a limit on joint practices with other clubs.

— The 17th regular season game would trigger an elimination of the fourth preseason game.

— Active rosters would be able to be expanded from 53 to 55 players, with the option of calling up to two players from the practice squad per week. Game-day active lists would increase from 46 to 48 players, provided at least eight offensive linemen are included. Practice squads would go from 10 to 12 players immediately, with a jump to 14 players in 2022.

— Players would see their paychecks spread over a 36-week period each year once the 17-game schedule — which is 18 weeks including byes — is implemented. Currently, they're paid in 17-week installments for the 16-game schedule.