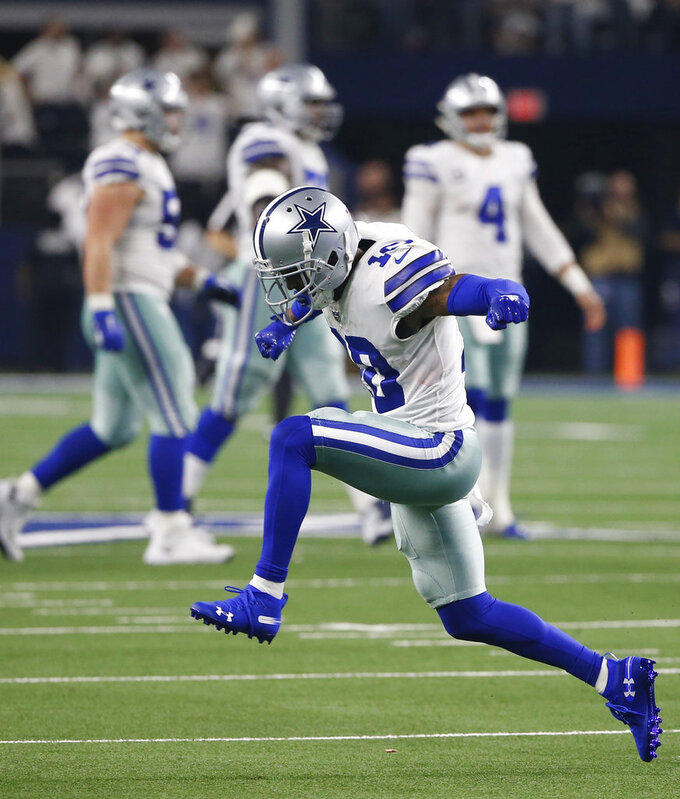 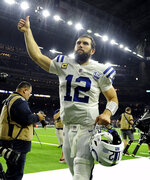 L.A. Chargers at Baltimore, 1:05 p.m. EST. Philip Rivers and the Chargers (12-4) are making their first postseason appearance since 2013, but were held to a season low in points in their last meeting with the Ravens (10-6) — a 22-10 loss last month. Baltimore rookie quarterback Lamar Jackson is 6-1 since taking over for Joe Flacco as the starter. Under first-year coordinator Don Martindale, the Ravens allowed an NFL-low 292.2 yards per game and ranked second in fewest points allowed with 17.9 per contest.

Philadelphia at Chicago, 4:40 p.m., EST. The defending champion Eagles (9-7) have won five of their last six and are trying to become the third No. 6 seed to win the Super Bowl. Philadelphia's Zach Ertz set a single-season record for tight ends with 116 catches. Mitchell Trubisky and the Bears (12-4) posted the team's best record since the 2006 squad went 13-3 on the way to a Super Bowl appearance. The NFC North champions are in the playoffs for the first time since the 2010 team won the division.

— Andrew Luck, Colts, threw two touchdown passes and finished 19 of 32 for 222 yards with an interception in Indianapolis' 21-7 victory at Houston.

— Marlon Mack, Colts, ran for 148 yards and a touchdown on 24 carries to help Indianapolis top Houston 21-7.

— Ezekiel Elliott, Cowboys, had 137 yards rushing and a score on 26 attempts in Dallas' 24-22 victory over Seattle.

— Trevor Daniel, Texans, had a gross average of 46.8 yards and a net average of 42.8 yards on five punts, with two downed inside the 20-yard line in Houston's 21-7 loss to Indianapolis.

— Kenny Moore II, Colts, had a sack and an interception in Indianapolis' 21-7 victory at Houston.

— K.J. Wright, Seahawks, had nine total tackles and an athletic, juggling interception in the end zone to end a scoring threat by Dallas in Seattle's 24-22 loss.

The Colts, who opened the season 1-5, continued an impressive run by winning their fifth straight and for the 10th time in 11 games. Saturday was their first playoff appearance since the AFC championship game loss at New England in the "Deflategate" game in the 2014 season. ... Seattle's 24-22 loss at Dallas ended a run of nine straight victories in playoff openers. The Elias Sports Bureau said it was the longest streak in NFL history. ... Seattle's Russell Wilson finished with negative yards passing (minus-8) in the first quarter of the Seahawks' 24-22 loss at Dallas. It was the only quarter of Wilson's career, including playoffs, in which he had negative yards passing. ... Ezekiel Elliott has averaged 131.0 yards rushing in two career playoff games. Only Hall of Famer Terrell Davis (142.5) has averaged more in the playoffs since 1970.

Andrew Luck wrote a happy ending to the latest chapter of his comeback season, throwing for 222 yards and two touchdowns and the Indianapolis Colts raced out to a big lead and cruised to a 21-7 win over the Houston Texans in the wild-card game. He put on a show in his hometown in a stadium where he'd attended games throughout childhood and played in them since high school, throwing for 191 yards and two touchdowns before halftime to help the Colts (11-6) build a 21-0 lead. He denied feeling "at home" at NRG Stadium, but acknowledged having warm feelings for the city he grew up in and where his grandparents and many friends still reside. "But it's still an away stadium," he said. "It was very loud, very energetic, but fun to win, certainly."

Ezekiel Elliott rushed for 137 yards and the go-ahead touchdown in the fourth quarter, and the Dallas Cowboys hung on for a 24-22 wild-card win over the Seattle Seahawks. The playoff win by the Cowboys (11-6) was the first for Elliott and quarterback Dak Prescott on their second try after losing a divisional game as rookies two years ago.

Cowboys receiver Allen Hurns appeared to suffer a severe lower left leg injury in the first quarter of Dallas' 24-22 win against Seattle. Hurns was being dragged down by Seahawks safety Bradley McDougald at the end of a 14-yard catch for a first down when his lower left leg appeared to buckle. He was carted off the field and it was announced as an ankle injury. ... Seattle kicker Sebastian Janikowski injured his left thigh when he missed a 57-yard field goal on the last play of the first half. ... Seahawks cornerback Neiko Thorpe left in the first half with a shoulder injury. ... Colts safety Malik Hooker left in the third quarter of Indianapolis' 21-7 win at Houston with a foot injury. ... Indianapolis safety Mike Mitchell injured his calf in the third quarter and didn't return. ... Texans WR DeAndre Hopkins said he played most of the game with a Grade 3 AC sprain of his right shoulder after injuring it in the first half.

"We know we have an elite quarterback and we can throw it for 400 and win when we have to. But the margin for error in playoff football when you try to do it that way is very thin. When you can win like this — running the football and stopping it — that's just everything." — Indianapolis coach Frank Reich on Andrew Luck and the Colts, who won their playoff opener, 21-7 at Houston.

"We had so much confidence coming it this game and our confidence remains. It's all about the way we fought. ... I'm proud of my guys." — Dallas quarterback Dak Prescott after the Cowboys' 24-22 win over Seattle.