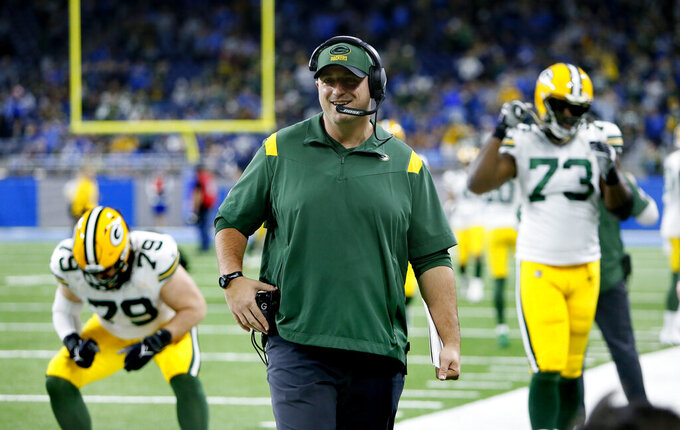 Stenavich has coached the Packers’ offensive line in each of Matt LaFleur’s three seasons as head coach and helped that unit withstand numerous injuries. He added the title of running game coordinator this season.

Green Bay earned the NFC’s No. 1 overall seed each of the last two seasons. The Packers lost 13-10 to the San Francisco 49ers in a divisional playoff game this season after falling in the NFC championship game each of the two previous seasons.

The Packers led the NFL in points per game (31.8) and time of possession and tied for second in the league in fewest sacks allowed (21) in 2020 with a line that featured All-Pro left tackle David Bakhtiari and center Corey Linsley.

Green Bay lost Linsley to free agency and had Bakhtiari for just one game due to a knee injury in the 2021 season. Knee injuries limited Josh Myers to six games, Elgton Jenkins to eight games and Billy Turner to 13 games.

Yet the Packers still performed respectably on offense. They again led the NFL in average time of possession and ranked eighth in yards per play (5.8) and 10th in scoring (26.5). They allowed 33 sacks, matching the league’s 11th-lowest total.

Before coming to Green Bay, Stenavich was a San Francisco 49ers assistant offensive line coach from 2017-18. The former Michigan offensive tackle also has worked in college at his alma mater (2011-13), Northern Arizona (2014) and San Jose State (2015-16).