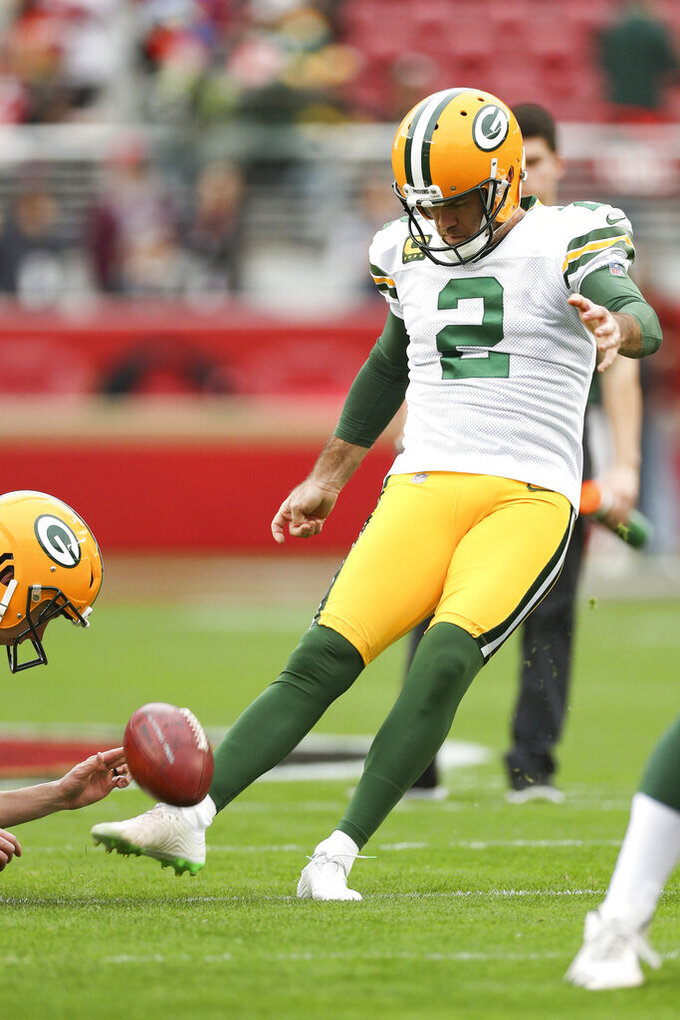 Crosby, who turns 36 in September, has been with the Packers since being selected in the sixth round of the 2007 draft. He's appeared in every game since then. His string of 208 games are second in Packers history to Brett Favre's 255. Crosby is one of four NFL players to appear in every regular-season game since 2007, joining former Chargers quarterback Philip Rivers, Baltimore punter Sam Koch, and Dallas long snapper L.P. LaDouceur.

Crosby comes off his most accurate season, making 22 of 24 field goal attempts, 40 of 41 extra points. That he sometimes must kick on the tundra in Green Bay makes his 2019 season and career achievements stand out.