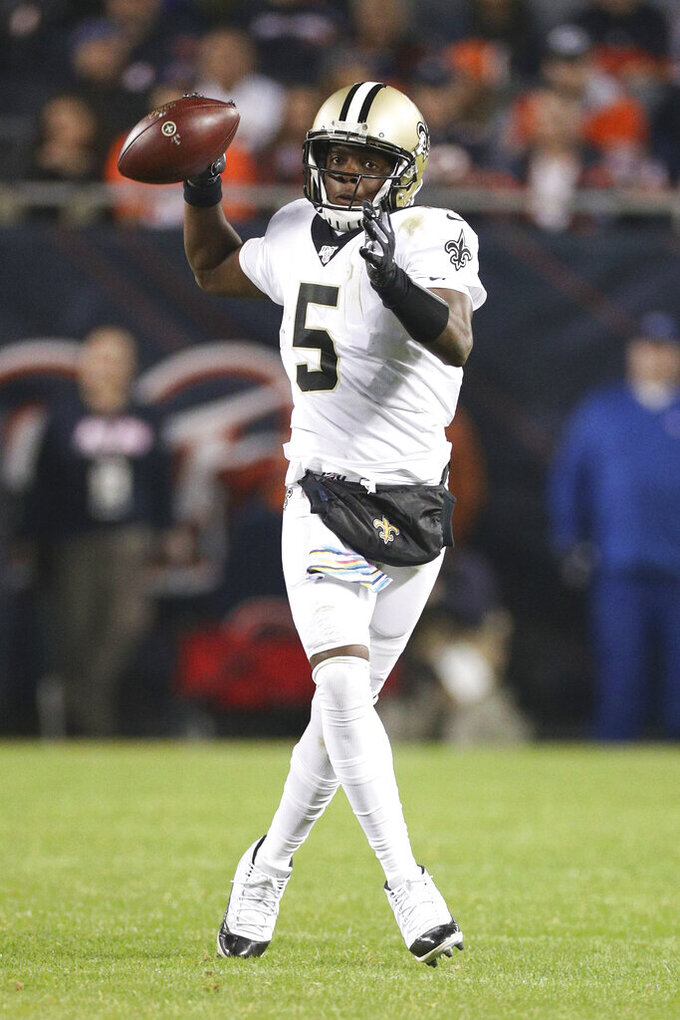 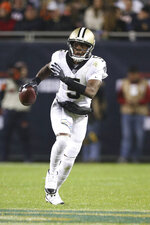 A person familiar with the situation told The Associated Press last week that the contract is worth $63 million. The person spoke on condition of anonymity last week because the team doesn't release financial terms of a contract.

Bridgewater replaces 2011 No. 1 overall pick Cam Newton, who was released on Tuesday after nine seasons with the team.

The Panthers also announced they have signed former XFL quarterback P.J. Walker to a two-year contract. Walker is expected to battle for the backup QB spot with last year's third-round draft pick Will Grier.

Bridgewater enters his seventh NFL season after spending four seasons with the Vikings and two with the Saints. After Drew Brees injured his thumb early last season Bridgewater stepped in and went 5-0 as a starter putting New Orleans firmly in control of the NFC South.

He finished the season with 1,384 yards passing, nine touchdowns and two interceptions. He was fifth in the NFL in quarterback rating (99.1) among players who started at least five games and was sixth in completion rate (67.9 percent).

Bridgewater was selected by the Vikings with the 32nd pick of the 2014 draft. He earned Pro Bowl honors in 2015 after leading the Vikings to an 11-5 record and their first NFC North title since 2009. A severe knee injury suffered in practice stalled a budding career, causing him to miss the majority of the next two seasons.

The Panthers recently added a playmaker for Bridgewater, agreeing to terms on a two-year, $20 million contract on Tuesday with free agent wide receiver Robby Anderson from the New York Jets. He joins a receiving group that includes D.J. Moore and Curtis Samuel.

Walker joins the Panthers after spending a portion of the past three seasons on the Colts practice squad. While he has never played a regular-season down in the NFL, he excelled with the Roughnecks before the XFL season was canceled, throwing for 15 touchdowns and only four interceptions while leading his team to a 5-0 record. NFL teams were officially allowed to start signing XFL players on Monday.

The Panthers are in the midst of a rebuild under new head coach Matt Rhule from Baylor.