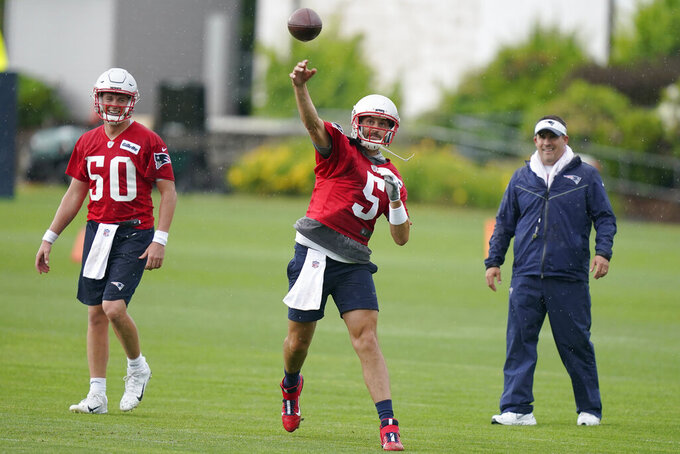 The No. 15 overall selection, Jones led Alabama to the 2020 national championship. Last year, he led all Division I quarterbacks with 4,500 passing yards and set the NCAA record by completing 77.4% of his passes.

The Patriots attempted to groom several players as their next quarterback, including Matt Cassel, Jimmy Garoppolo and Jacoby Brissett, but Brady outlasted them all while leading the Patriots to six Super Bowls. After Brady left for the Tampa Bay Buccaneers last season — and led them to the NFL title — Cam Newton was signed as a free agent, with 2019 fourth-round draft pick Jarrett Stidham unable to pry the starting job away from the longtime Carolina Panthers starter.