Pegula to face Giorgi in hard-court final in Washington 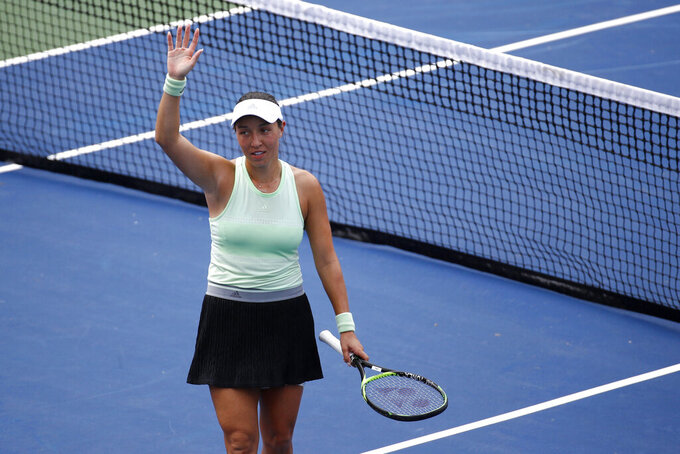 WASHINGTON (AP) — Jessica Pegula of the U.S. reached the second WTA final of her career at the Citi Open and will face Camila Giorgi of Italy for the hard-court title.

The 79th-ranked Pegula, whose parents own the NFL's Buffalo Bills and NHL's Buffalo Sabres, advanced by beating qualifier Anna Kalinskaya of Russia 6-3, 3-6, 6-1 on Saturday. Pegula is bidding for her first tour-level title.

Giorgi already owns two trophies and made it to her seventh final with a 7-6 (5), 6-2 victory over 17-year-old American Caty McNally.

The men's singles semifinals were scheduled for Saturday night. Those matchups were top-seeded Stefanos Tsitsipas against Nick Kyrgios, and No. 3 seed Daniil Medvedev against Peter Gojowczyk.