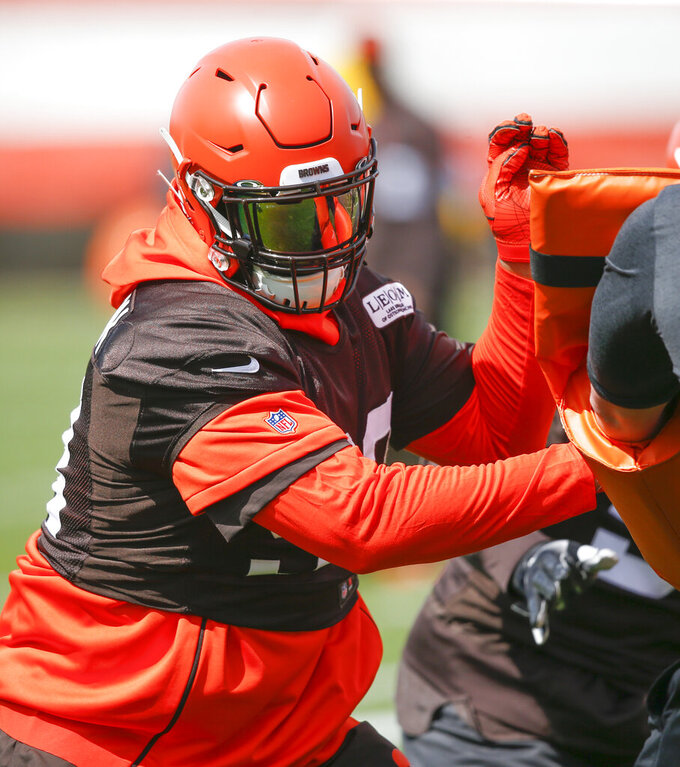 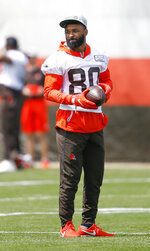 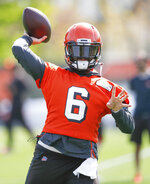 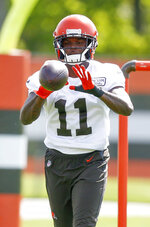 The star wide receiver did not practice Wednesday after showing up Tuesday for Cleveland's voluntary offseason program, ending an excused — if not questionable — monthlong absence. Beckham, who was acquired in a March trade with the New York Giants, has been open with the Browns about his plans to mostly work out on his own during the spring and summer.

Still, his decision to stay on his own only enhances the knock on Beckham that he's not team-oriented.

Because the offseason training activities (OTAs) are voluntary, new Browns coach Freddie Kitchens is not upset that Beckham isn't around. Kitchens is communicating with Beckham and remains confident the three-time Pro Bowler will be ready for the team's mandatory minicamp in June and training camp in July.

After Tuesday's session, Beckham posted a photo on Instagram of him catching a pass. Quarterback Baker Mayfield said it was good to have his new teammate on the field, and he feels no need to try to persuade Beckham to change his routine.

"You let a guy like that be him," Mayfield said. "Everybody has their routine. Stick to what is working, and for him, obviously, it has been working for a while. He is going to do what he's going to do. You have to trust that he is going to be there when it matters, and we know who he is."

Beckham wasn't the only notable absence. Running back Duke Johnson remains away from the team after asking to be traded following the team's signing of free agent Kareem Hunt.

Johnson has been one of the team's best players over the past few years, but is upset about a reduced role.

Kitchens said he has talked to Johnson "a few times" and believes the versatile back will report next month. He acknowledged some frustration that two of his best players aren't practicing.

"I would be lying to say that I wasn't disappointed that we don't have everybody here," he said. "I'm not going to fool you and try to trick you into saying I'm happy-go-lucky fine with it. I want everybody here because I do think it is important to be here, but it is their option.

NOTES: WR Jarvis Landry did not participate in on-field drills during the workout. ... The Browns presented $25,000 in hew helmets to players from Berea-Midpark High School, which is near the team's facility. When Kitchens told the gathered players he was giving them a surprise gift, one of them asked, "Season tickets?"