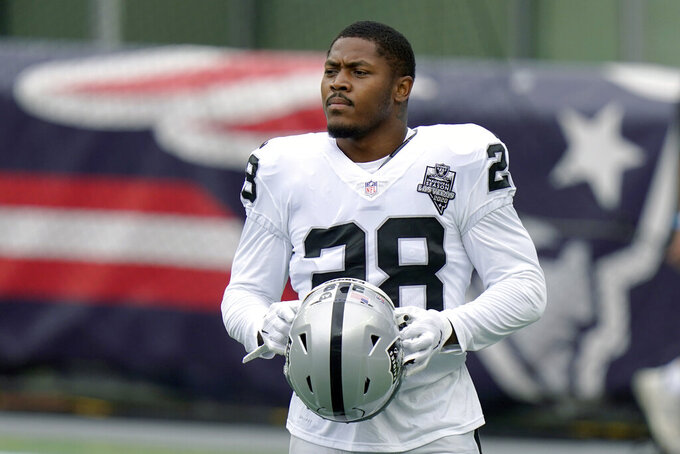 Bauman and Jacobs' attorneys, Richard Schonfeld and David Chesnoff, said the 22-year-old running back still has a March 8 court date on a failure to exercise due care traffic violation related to the crash.

The attorneys had said that Jacobs would plead not guilty if he was charged with a crime in the Jan. 4 crash. Chesnoff declined further comment on Monday.

Jacobs, who lives in Las Vegas, received several stitches at a hospital for a cut forehead after the 4:43 a.m. crash into a tunnel wall at the Las Vegas airport.

Police have said he was alone in the 2019 Acura NSX sports car and the air bag deployed during the crash.

Jacobs had returned to Las Vegas from Denver, where the Raiders defeated the Broncos in their final NFL regular-season finale less than 12 hours before the crash.