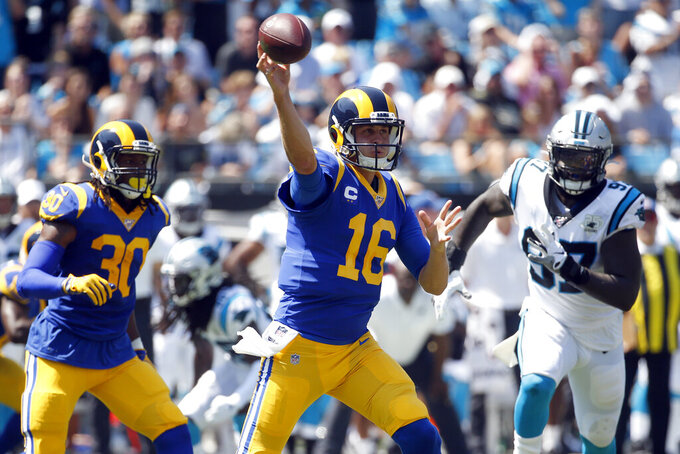 The NFL's Sunday afternoon slate of Week 2 games is about to begin. Among the intriguing matchups: Seattle at Pittsburgh, Dallas at Washington and Arizona at Baltimore.

The biggest game might be later in the day in Los Angeles, where the Rams host the Saints in a rematch of last year's NFC title game. The Rams won that one 26-23 in a matchup largely remembered because of a blatant interference penalty that wasn't called by the officials and helped Los Angeles advance to the Super Bowl.

Both teams won tight games in their season opener. The Rams topped the Panthers 30-27 while the Saints needed a late field goal on Monday night to beat the Texans 30-28.