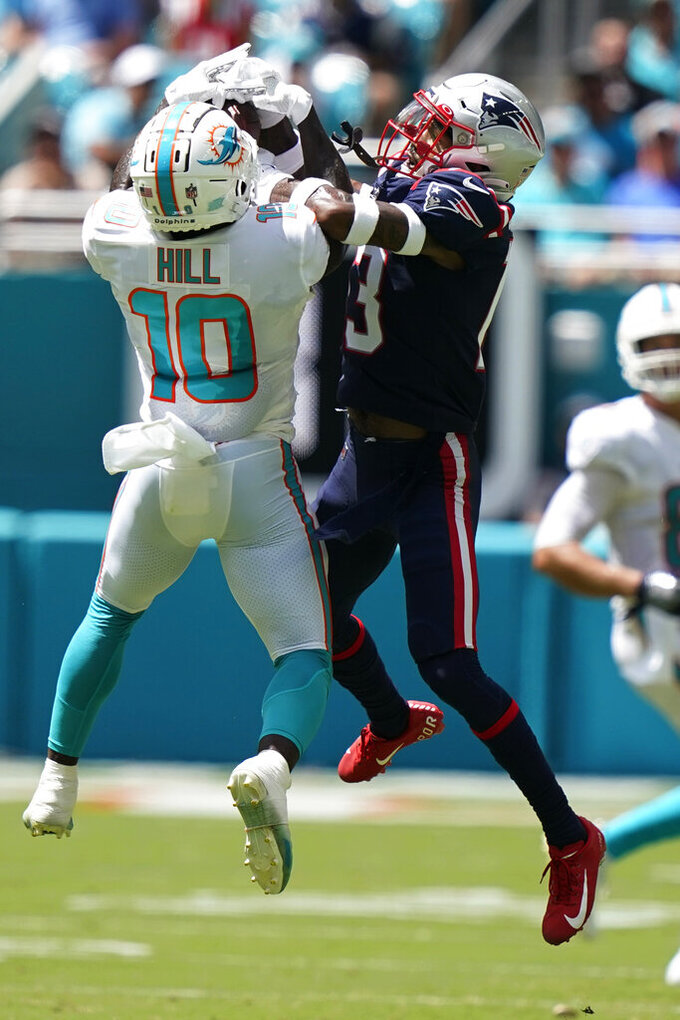 OPENING LINE: Ravens by 4, according to FanDuel SportsBook.

TURNOVER DIFFERENTIAL: Dolphins plus-3; Ravens plus-1.

DOLPHINS PLAYER TO WATCH: RB Raheem Mostert rushed for a career-high 146 yards and a TD in his only game against the Ravens (Dec. 1, 2019 with 49ers). He has 75-plus yards from scrimmage in three of his past four vs. the AFC North. He could have a key role in Miami’s offense.

RAVENS PLAYER TO WATCH: OL Patrick Mekari is an important player because of his versatility, and that may be put to the test this weekend. LT Ja'Wuan James (Achilles) is now on injured reserve, and unless Ronnie Stanley (ankle) can make it back from his injury, Mekari will be on the spot. He is next on the depth chart at that crucial position.

KEY MATCHUP: The Baltimore offense vs. Miami's blitz. Last season the Ravens were a mess when they went up against the Dolphins' Cover Zero scheme. Dealing with an aggressive blitz such as that is a team effort, and Baltimore looked unprepared. Coach John Harbaugh and QB Lamar Jackson are hoping this rematch will go a lot better.

KEY INJURIES: Both of the Dolphins starting offensive tackles were injured in the opener. Veteran LT Terron Armstead did not practice Wednesday. He was listed on Miami’s injury report with a toe injury. RT Austin Jackson injured his ankle. ... James and CB Kyle Fuller (knee) went on IR for the Ravens after injuries in the season opener, and Stanley hasn't played since last season's opener. RB J.K. Dobbins and CB Marcus Peters missed all of last season with knee injuries and didn't play against the Jets either, although Dobbins was a full participant in practice Wednesday.

SERIES NOTES: Last year's game turned out to be a turning point of sorts. It was the second of seven straight wins for Miami as the Dolphins nearly rallied to make the playoffs. The Ravens lost seven of their last nine games, starting with that defeat against Miami. That game was Baltimore's lowest point total of the season. ... Prior to last year's game, Baltimore beat Miami three straight times by a combined score of 137-16. ... The Dolphins won their first game against the Ravens in Baltimore in 1997 — at the old Memorial Stadium. Since then, they are 0-4 on the road in this series.

STATS AND STUFF: Miami is 15-23 against the AFC North. … Mike McDaniel became the first new Dolphins coach since Nick Saban in 2005 to open the season with a victory. … WR Tyreek Hill had his 16th game with at least eight catches. He has 75-plus yards receiving in two of three career games against the Ravens. Hill is expected to start his 75th career game and needs 13 receptions to reach 500 in his career. … Miami did not allow the Ravens to convert a third-down attempt prior to halftime last year, forcing Baltimore to go 0-for-6 on third-down attempts in the first half. ... Jackson is 38-12 as a starter for the Ravens, tied with Tom Brady and Danny White for most wins by a QB through 50 starts. Patrick Mahomes and Ken Stabler share the record with 40. ... Baltimore is 13-1 in home openers under Harbaugh. ... The Ravens play their first four games this season against the AFC East. ... Harbaugh needs one more win for 150 in his 15 seasons with Baltimore. ... Jackson shares the NFL record with Michael Vick with 10 100-yard rushing games by a QB. ... Ravens K Justin Tucker has made 58 consecutive FGs in the fourth quarter and OT.

FANTASY TIP: Baltimore WR Devin Duvernay inspired a good deal of confidence with his two TD catches in the opener. When the Ravens traded Marquise Brown in the offseason, it elevated Rashod Bateman to the top of the pecking order at WR, but Duvernay appears to be the No. 2 threat at that position.