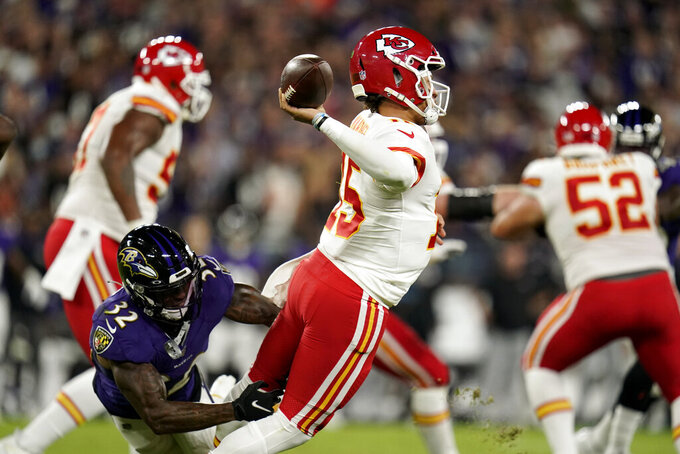 Kansas City Chiefs quarterback Patrick Mahomes attempts to throw a pass as he is pressured by Baltimore Ravens defensive back DeShon Elliott in the first half of an NFL football game, Sunday, Sept. 19, 2021, in Baltimore. (AP Photo/Julio Cortez)

Baltimore has been decimated in both the offensive and defensive backfields so far this season. It lost cornerback Marcus Peters for the season to a knee injury, and cornerback Jimmy Smith has missed the first two games with ankle problems.

The Ravens are having their depth tested, which is not a fun position to be in against a team like the Chiefs. Rookie safety Brandon Stephens whiffed on an open-field tackle early in the second half as Byron Pringle scored on a 40-yard catch-and-run to put Kansas City up 28-17.