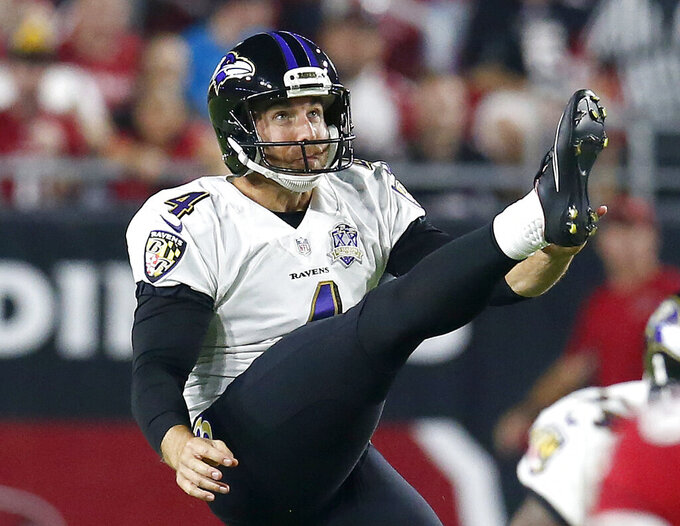 A 16-year veteran, Koch, 39, appeared in a franchise-record 256 regular-season games, 239 consecutively from 2006-20, also a team record. He was a member of Baltimore’s 2012 Super Bowl championship team, and appeared in 20 postseason games.

He also was the holder on all but one of Justin Tucker’s 326 field goals made, including 17 game-winners, helping Tucker put together the best success rate (91.1%) in NFL history.

“Sam is the ultimate example of what it means to be a professional," Tucker said. "The great memories we created together start with him and his work ethic, his abilities and his attention to detail. I owe much of my success over the last 10 years to Sam, and many Ravens victories over the last 16 years are very much because of Sam’s efforts.

“He is an outstanding teammate and leader in our locker room, and like many great Ravens before him, he has been essential to defining our culture as a team. Sam changed the way everyone in the football world looks at punting, and his consistency and proficiency are unmatched throughout the history of our game.”

Koch completed 7 of 8 passes for 82 yards on fake punts, also scored one rushing touchdown and one 2-point conversion on fakes.

Koch was chosen by Baltimore in the sixth round of the 2006 draft out of Nebraska.

“Sam will rightly be remembered in Baltimore as an elite performer, for he holds all the relevant records of his position. But he will also be remembered in the colorful history of the NFL, and football at large, for his incredible creativity and execution of alternative ways of punting the football."

Baltimore drafted punter Jordan Stout of Penn State in the fourth round in April.