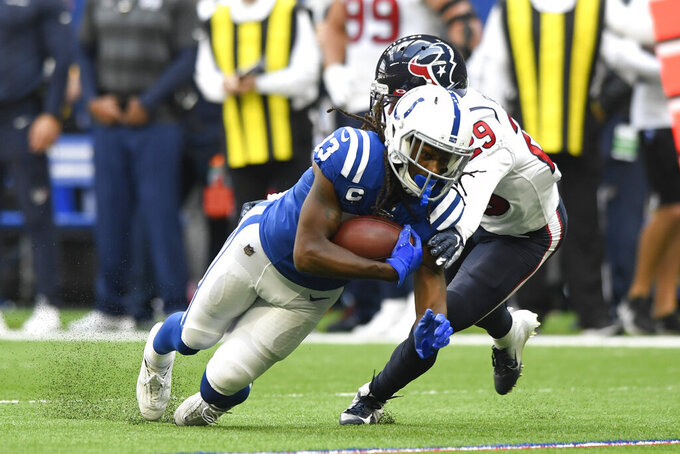 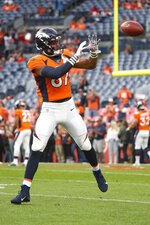 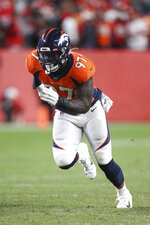 INDIANAPOLIS (AP) — Indianapolis has been red hot when it comes to scoring inside the 20-yard line.

The Denver Broncos have been incredibly proficient protecting the red zone.

On Sunday, the Colts' confident offense and the Broncos' stingy defense will square off in a clash pitting strength against strength.

"Guys have a good feel for what we're trying to do down there and we've done a good job of executing," Denver coach Vic Fangio said. "We've played the run well down there when they have run it of late. And we've made some plays in the passing game. It's just we've played good."

Denver has not allowed a touchdown on 10 consecutive red zone trips, the last being a third-quarter score by Jacksonville in Week 4 — nearly 200 minutes in game time.

The problem: Kansas City still scored 30 points and handed Denver (2-5) its worst loss of the season, and now the Broncos must face one of the league's most opportunistic teams.

Indianapolis (4-2) scored touchdowns on all four red zone trips last week against Houston, making the Colts 15 of 23 this season — sixth in the NFL in touchdown percentage (65.2).

Denver, in contrast, is 26th in touchdown percentage at 47.4.

Coach Frank Reich believes the Colts' success is no secret.

"It's everybody making plays, right?" he said. "But it does start at quarterback and Jacoby (Brissett) has been doing a really good job. Houston goes 2-for-5, we go 4-for-4. When you're playing, two good teams, that's what it's going to come down to."

Plus, the Colts have run the ball effectively, and they've been creative — for example, using All-Pro guard Quenton Nelson in a pass pattern last week.

"Obviously they have standout players but they're just a really good group of guys playing very well," Brissett said. "They're playing the system very well. It's going to take a full game from us because you see no weakness in their defense."

Starting safety Malik Hooker is expected to be back in the lineup Sunday after missing the last three games with a torn meniscus.

Getting another playmaker back on the field should only help make Indy's improving defense even better.

"He had a great minicamp, training camp and first part of the year," defensive coordinator Matt Eberflus said. "This is the best we've all seen him look. We're excited to get him back and we're excited for the roles he's going to play."

When he traded Emmanuel Sanders to the 49ers, Broncos GM John Elway said second-year pro Courtland Sutton was the new leader in the receiver room.

But the loss of Sanders' emotional spark leaves the Broncos leaning even more heavily on second-year running back Phillip Lindsay, who brought a nasty attitude to the offense last year when he became the first undrafted offensive rookie to make the Pro Bowl.

He's having another solid season, even though nearly half of his carries have resulted in runs of 2 yards or less.

Zach Pascal might not match last week's nearly perfect game. The second-year Colts receiver hopes to top it, though.

He caught six of seven passes Brissett threw his way, finished with 106 yards and two scores and was lauded by coaches for his downfield blocking, too. But there was one play Pascal wanted back — an overthrow to a wide-open Nyheim Hines that probably would have been a touchdown on the "Jackie Moon" play.

"I choked," said Pascal, who scored later on the drive. "I just missed him. I make that throw in practice all the time."

Joe Flacco has always taken heat for not being a more vocal leader, and those criticisms cropped up again last week when the Broncos were blown out by the Chiefs.

Flacco said he's not going to start chewing guys out.

"I am who I am," he said. "If I'm being somebody that I'm not, nobody is going to respect me in that huddle."

As Lindsay says, "Joe's not a rah-rah dude."