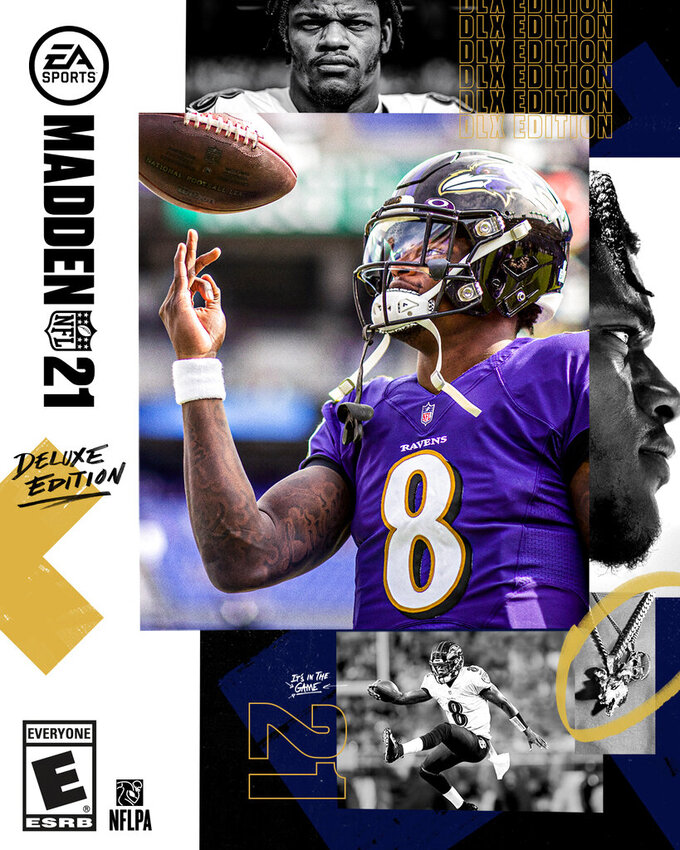 This image provided by EA Sports shows the cover of the Madden 21 video game, featuring Baltimore Ravens quarterback Lamar Jackson, which will be released in August. (Photo courtesy of EA Sports via AP) 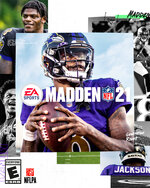 The EA Sports Madden cover release usually carries some suspense, but Jackson let it slip a couple months ago that he had been approached about appearing on this year's game cover.

On Tuesday, EA Sports made it official: The Baltimore Ravens quarterback will indeed be on the cover of “Madden NFL 21” when it is released in two months.

“It is something I have wanted since I was a kid,” Jackson said in a phone interview.

This year's game will be released Aug. 28, two weeks before the regular season is scheduled to begin. The cover announcement was originally set for June 1, but Electronic Arts delayed it two weeks due to nationwide protests following the death of George Floyd.

Jackson won The Associated Press NFL Most Valuable Player Award last season. He set an NFL record for yards rushing by a quarterback (1,206) while passing for 3,127 yards with 36 touchdowns and only six interceptions. He also ran for seven TDs, and the Ravens had the league's best record at 14-2.

Jackson began the season with a 76 overall Madden rating, 24th among quarterbacks. He finished 2019 with a 92, which was sixth best, and had a 96 speed rating, the fastest ever for a quarterback. He had high speed, agility and strength ratings throughout the season, but his awareness rating rose from a 69 to a 92.

It is the second straight year the reigning league MVP will appear on the cover. Kansas City QB Patrick Mahomes graced last year’s game and ended up leading the Chiefs to their first Super Bowl championship in 50 years.

Jackson's favorite player was Michael Vick, whom he surpassed as the fastest QB in the game's history. There are many videos on Youtube of Jackson making the same moves in Madden that people did with Vick in earlier versions of the game. Vick was on the “Madden NFL 04” cover.

Jackson is also an avid Madden player and says he loves seeing videos of what people are able to do with him on the field.

“I feel like this year's version is going to be great after getting a couple of sneak peeks,” Jackson said. “When practice is over I might relax and play Madden, but since I am on the cover I might have to play a little more this year.”

Appearing on the cover has also had a stigma attached at times. Most of the cover athletes during the first 10 years suffered significant injuries the year they appeared, including Vick. But three of the past four years, the cover athlete has ended the season with his team in the Super Bowl.