A-Rod: Super Bowl should be in Miami every year 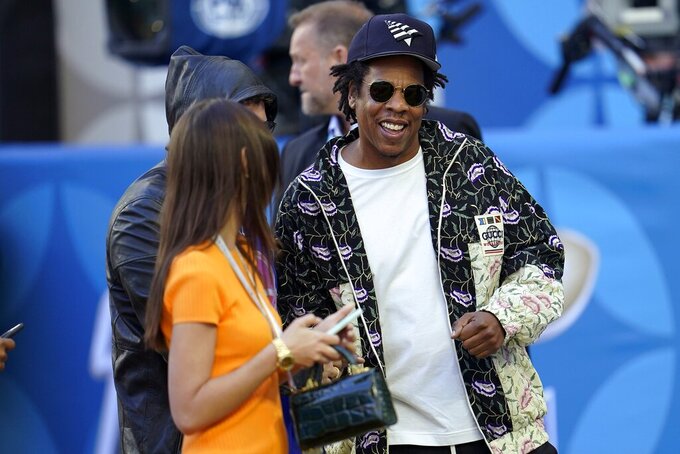 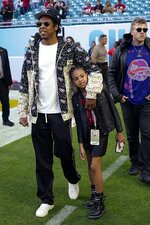 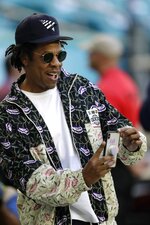 MIAMI (AP) — Coverage of entertainment and celebrity happenings at Super Bowl 54 at the Hard Rock Stadium in Miami:

A-ROD: SUPER BOWL SHOULD BE IN MIAMI EVERY YEAR

Right before the Super Bowl began, Alex Rodriguez watched the players warm up from the sidelines and embraced Michael Strahan.

Then the former baseball player's 11-year-old daughter, Ella, ran up to him and they hugged.

“You know the last time I saw you," Strahan said to Rodriguez's daughter, “I took my twins to a concert at Madison Square Garden ... and you guys were right there with us, and it was so many years ago, and now you are all grown."

Rodriguez, who is engaged to halftime performer Jennifer Lopez, said he was thrilled to be at the big game.

“I am excited. It’s a great day for the Super Bowl. Perfect weather," he said. “I feel like the Super Bowl should be in Miami every year. It’s just perfect."

DARIUS RUCKER: ‘SUPER BOWL IS MY HAPPIEST DAY OF THE YEAR'

Darius Rucker has been to more than a dozen Super Bowls, but the singer said being at the big game never gets old.

The country artist and frontman for Hootie & the Blowfish performed Sunday at On Location Experiences’ pre-game party at the Hard Rock Stadium in Miami hours before the Kansas City Chiefs were to take on the San Francisco 49ers.

Rucker attended the game with his teenage son: “To have my kid with me, it’s amazing.”

“I ask him every year, ‘Do you wanna go?’ And that’s really the basis of if I’m going to do it. Because if he’s not going to go, I’m going to sit at home and watch it on the television,” he added.

The three-time Grammy winner reunited with Hootie & the Blowfish late last year to release their first album in almost 15 years. They also performed on a sold-tour, which became a family affair.

“That was fun and everyone’s family got to come out, because we never got to tour with family. Everyone’s kids were too young, it was four of us on a bus,” he said. “This time we could afford for everyone to have their own bus and have their families out there. It was great."

A person close to the Super Bowl, who spoke on the condition of anonymity because the person was not allowed to publicly talk about the game, told The Associated Press that the Puerto Rican rapper and Colombian performer will guest star during the 12-minute performance. The person also said Lopez’s 11-year-old daughter Emme, who has performed onstage on her mother's latest stadium tour, will also be part of the halftime show.

Bunny and Balvin, who both appeared on the Cardi B hit “I Like It," have found major success on streaming platforms and have logged billions of views on YouTube. Balvin, who released his debut album in the late 2000s, has won four Latin Grammys and is known for the hits “X," “Con Altura" with Rosalía and “Mi Gente," which featured a remix co-starring Beyoncé.

Bunny, 25, has become a white-hot sensation since debuting on the Latin music scene in 2016, collaborating with everyone from Drake to Residente to Will Smith. He released he debut album in 2018 and it won him his first Latin Grammy.

Balvin and Bunny released the collaborative album, “Oasis," last year. It was nominated for a Grammy Award at last week's show.