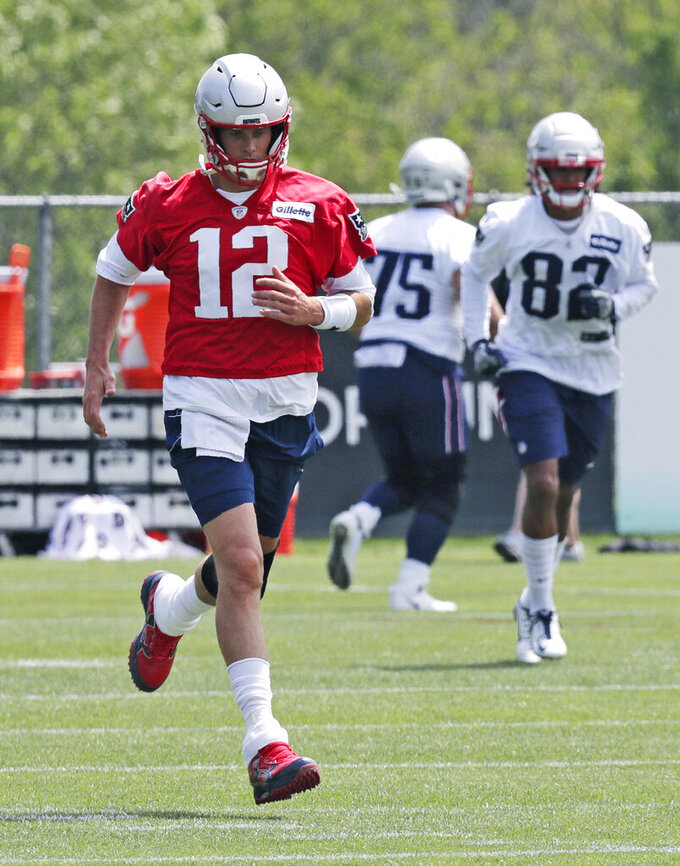 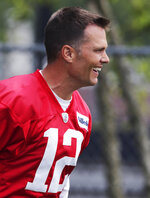 FOXBOROUGH, Mass. (AP) — Jarrett Stidham doesn't have time to listen to the talk about him being a possible successor for a Hall of Fame-bound quarterback.

For the Patriots' rookie, every day of the team's offseason program is simply another opportunity for self-improvement.

"Every single day I wake up and I say, I've got to get better at something today," said Stidham, the Patriots' fourth-round draft pick, after Wednesday's mandatory minicamp practice.

"And as I go throughout my day, I try to take in everything as it comes and try to retain as much information as possible, and continue to get better."

The former Auburn QB was the 133rd selection in the April draft, and could be the eventual replacement for six-time Super Bowl champion Tom Brady, who will be 42 in August yet is showing no obvious signs of decline.

Brady stayed away from voluntary workouts, but is present at the mandatory minicamp at Gillette Stadium, giving Stidham his first opportunity to work with him.

"Obviously he's a great player, a great person, and honestly, it's just been great just to see him operate," Stidham said. "He's been doing it for so long, and obviously he has a lot of knowledge, so I'm just trying to sit back and watch how he works, and soak in as much as possible."

For the second straight day, Stidham took all the snaps with the third-string offensive unit, which may already put him ahead of second-year veteran Danny Etling on the Patriots' depth chart. But the journey has just started, with another organized team activity period to follow this minicamp, and training camp next in late July.

"I'm just trying to get better," Stidham said. "Every little facet of my game, whether it's learning the offense, cleaning up mechanics, whatever it is, I'm just trying to improve each day and not take a step back."

Stidham's football journey began as a youngster growing up in Richmond, Kentucky. One of his teammates from that peewee team is also an incoming rookie with the Patriots this year, running back Damien Harris of Alabama, a third-round draft pick.

"Life comes full-circle," said Stidham, who moved to Stephenville, Texas, as a teenager but maintained his friendship with Harris over the years. "Damien and I were lucky enough to both get drafted by the Patriots and now we're both here, hanging out on the weekends like old times, like we were 8 years old."

Enjoyable as it may be for Stidham to remember simpler times, his life is now one adjustment after another as he adapts to the demands of joining of one of the NFL's most successful franchises.

"I think you can tell the difference as soon as you get here for rookie minicamp," Stidham said. "But now that I've been here for almost a month now, you really start to see the differences. You've got to take it and run with it, and there's no shortcut to figuring it out. You've just got to continue to get after it each day.

"Just being in the day-to-day operations of the Patriots and that sort of thing, the culture as a whole, you don't really know what it's like until you're there," he said. "Obviously, it's a great organization and a lot of fun to be a part of."