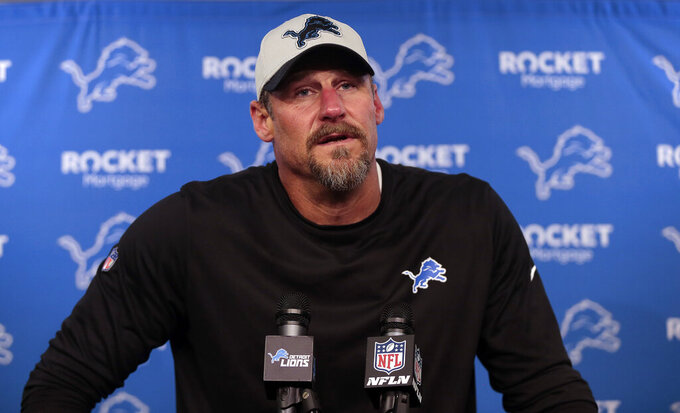 The New Orleans Saints will soon add the name of the late Sam Mills to their ring of honor in the Superdome.

The club announced the decision to honor Mills, who died from cancer in 2005, during halftime of their Dec. 2 home game against Dallas.

Mills, who played for New Orleans from 1986-94, was part of a linebacker corps known as the “Dome Patrol,” along with Pro Football Hall of Famer Rickey Jackson, Pat Swilling and Vaughan Johnson. Mills also was part of the first four playoff teams in Saints history.

His name will appear alongside those of late owner Tom Benson, Hall of Fame kicker Morten Andersen, Jackson, quarterback Archie Manning, Hall of Fame offensive tackle William Roaf and the late defensive end Will Smith. The club’s ring of honor was established in 2013 and currently features the illuminated names of honored players hanging above the dome’s Superdome’s upper deck.

A native of Long Branch, New Jersey, Mills also was a finalist for the 2020 and 2021 Pro Football Hall of Fame classes and is a nominee for the class of 2022.

Mills played in college for Montclair State and began his pro career with the Philadelphia Stars of the USFL in 1983. He spent his last three NFL seasons with Carolina, where he later served as a scout and linebackers coach.

No rookie quarterback has won a game in London, with the Jets' Zach Wilson the latest to fail in last Sunday's loss 27-20 o Atlanta.

The rookie quarterbacks to start an international game since 2005 have been Gardner Minshew for the Jaguars in a 2019 loss to Houston; Cleveland's Deshone Kizer in a 2017 defeat against Minnesota; Jacksonville's Blake Bortles in a 2014 loss to Dallas; and the Raiders' Derek Carr the same year, when they fell to Miami.

Only Carr threw a touchdown pass among those rookie QBs.

The NFL is rocking out with a 2021-2022 NFL Songs of the Season series, that began Thursday night when musical duo The Audibles did the first track.

Songs of the Season highlights recording artists of all genres, incorporating their music into game broadcasts throughout the 2021 season. Revenue generated from the program will benefit organizations supported by Inspire Change, the NFL’s social justice initiative.

”‘Songs of the Season is an exciting initiative that allows fans an opportunity to get involved in the great work NFL players and clubs are doing to advance social justice in their local communities,” said Anna Isaacson, NFL senior vice president of social responsibility. “We are thankful for this collaboration with four-time Grammy-nominated duo The Audibles and their thrilling single `Outrageous,' to support the impact being made by the Inspire Change social justice initiative.”

Linebacker Avery Williamson is back with the team that drafted him in 2014 in his home state of Tennessee, and he’s busy learning the defensive playbook.

Having kept an eye on his old team’s defense should help.

“Of course you know I was gone, but it’s like an ex-girlfriend,” Williamson said before his second practice back. “You’ll kind of keep up with her on social media, try not to like any pictures and stuff. But I kept up with them. So I’m always watching them, and they’re flying around man. Flying around.”

Williamson left the Titans in March 2018 when he signed a contract with the New York Jets weeks after the Titans hired Mike Vrabel as the new head coach. A torn ACL cost Williamson the 2019 season, and the Jets traded him to Pittsburgh during last season. That’s where he played with linebacker Bud Dupree, who signed this offseason with the Titans.

“When he ended up signing here, I was low key like, ‘Man that would be nice to team up with him,’” Williamson said. “God blessed me with another opportunity. I was man, super thrilled. Still thrilled.”

Williamson had been on the Denver practice squad only a week when his agent texted that Titans general manager Jon Robinson wanted him on the Tennessee roster. The Titans have had a couple of inside linebackers dealing with injuries and needed help. That couldn’t have made the native of Milan, Tennessee, any happier.

Add in the fact the Titans are a winning franchise is even better. Williamson only experienced one winning season before leaving in free agency.

“He shot a text to me just talking about how impressive it was,” Campbell recalled. “It was like, `My God, man, those guys are fighting. Those guys are not giving up. They’re fighting.’ He goes, `You guys are close.’”

Campbell and Brees became close in New Orleans, where Campbell was the assistant head coach for the final five seasons of the quarterback’s playing career.

“I probably wouldn’t be standing up here if it had not been for Drew Brees,” Campbell said.