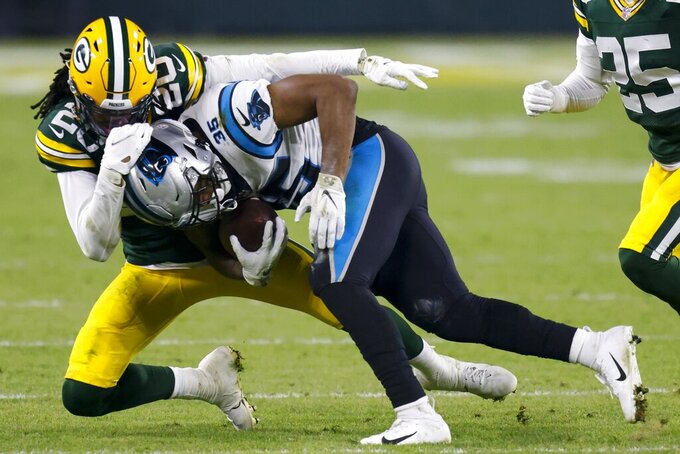 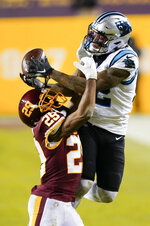 The Saints can still earn the NFC’s top seed — and the conference’s only playoff bye — with a win Sunday against the Carolina Panthers combined with a Green Bay loss and a Seattle win.

It’s a long shot, but the Saints are hoping for the best.

“There’s still so much out there in regards to playoff scenarios,” said Saints quarterback Drew Brees, who pointed out the No. 2 seed is also up for grabs. "So, we want to best position ourselves for the tournament. And we also want to be playing our best football going into it. So, we’re constantly thinking about how we can improve.”

Added Saints linebacker Demario Davis: “We’ve had one goal since we entered the season. The mission hasn’t changed. So, we’re close now. Got one goal in the bag, but the mission is not complete. We’ve got to keep going.”

The Panthers (5-10) were eliminated from playoff contention a few weeks ago, but first-year coach Matt Rhule still has his team playing hard. The Panthers beat a Washington Football Team last week that was hoping to wrap up the NFC East title.

Rhule said he's continuing to play his starters without regard to fact that every win costs them spots in the 2021 NFL draft. Before last week, the Panthers were projected to pick No. 4, but now they've dropped to No. 8 with one week to go.

Rhule said the idea of “tanking” doesn't even cross his mind.

“I was in Philadelphia (coaching at Temple) when the Sixers were in the ‘trust the process,’ tanking thing — and they haven’t hung one in the rafters, yet," Rhule said.

Rhule's philosophy is simple: He wants to develop a winning attitude in Carolina.

The Saints have rushed for more than 200 yards in each of their past three victories, which isn’t exactly what the Sean Payton-Brees era has been known for during most of the past decade and a half.

Of course, Brees, now 41, has gotten older and recently came back from rib and lung injuries, and two-time All-Pro receiver Michael Thomas has missed more than half the regular season. So, the ability to run well certainly has helped New Orleans lately.

But according to Payton, that doesn’t necessarily denote a significant shift in offensive philosophy.

“Whether it’s balance (or not), each game can take on a different approach,” Payton said. “So, I’m for scoring.”

Left tackle Terron Armstead's play last Friday has been garnering a lot of attention in the Saints’ locker room.

Armstead has been in and out of the lineup with nagging injuries this season and struggled at times in his most recent return to the lineup when the Saints lost in Philadelphia three games ago. But on Sunday in Minnesota, he looked as healthy and vigorous as he has all season and could be seen driving defenders backwards for double-digit yards during some of Alvin Kamara’s better running plays.

“He got after a couple guys and just ran them into the concession stand,” right tackle Ryan Ramczyk said this week, after reviewing game video. “It’s cool to see that stuff.”

The Saints are having to adapt to the loss of linebacker Kwon Alexander, who had made immediate, significant contributions after being acquired from San Francisco in a midseason trade.

Alexander, who immediately replaced Alex Anzalone in the starting lineup in his first game for New Orleans on Nov. 15, was placed on injured reserve with an Achilles injury last Friday. In seven games, Alexander was in on 57 tackles with three for losses to go with two forced fumbles and two fumble recoveries.

“I don’t know if anybody’s came in and jelled with a group as fast as Kwon has,” Davis said.

The Saints beat the Panthers 27-24 earlier this season largely because of their success on third downs: They converted 12 of 14 opportunities.

“That really has to be a priority for us,” Panthers defensive coordinator Phil Snow said of slowing down the Saints.

The stadium capacity for Sunday’s game will be adjusted to 1,500 and attendance will be limited to families and friends of the Panthers and Saints due to the increase in numbers with the coronavirus. In addition, some private suites will be open.

The Panthers allowed up to 5,240 fans to attend their previous seven home games.