Seahawks' Diggs implores others to register to vote 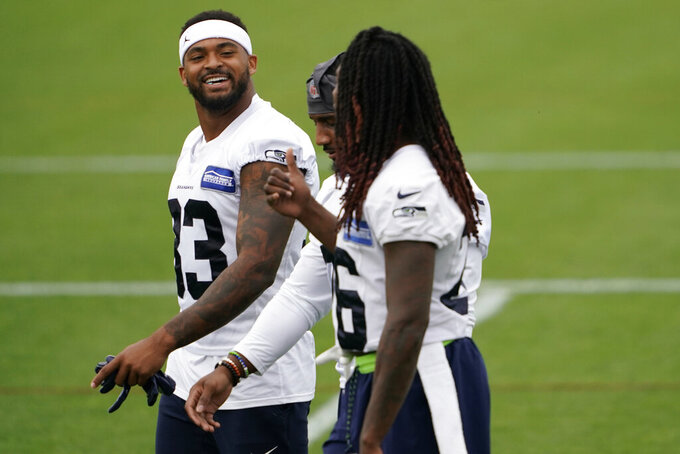 RENTON, Wash. (AP) — Against the backdrop of ongoing calls for social justice, Seattle Seahawks safety Quandre Diggs is imploring others to register to vote.

In fact, he just did it for the first time in his life.

“I’m a lot more mature than I was four years ago,” Diggs said. “Four years ago, when I was 23, I really didn’t know too much about absentee voting and things like that. But now I’m a father, I’m a boyfriend of eight years. I’m a son. So my mom, my girlfriend, my daughter, those people are dependent on me. So for me, I mean it’s my duty to go out there and go vote.”

Diggs spoke Friday before the Seahawks returned to practice. The team had a previously scheduled day off Thursday and there was discussion about whether to hold practice after teams in the NFL and other leagues called off games or practices following the shooting of Jacob Blake last weekend in Kenosha, Wisconsin.

“There’s no question it is very emotional for everybody. A lot of us live this life every day,” defensive coordinator Ken Norton Jr. said. “At the same time, we’re very concerned about actions, very concerned about voting, doing things that we can control, about how we can respond.”

Coach Pete Carroll said Wednesday that it’s going to be a “season of protest.” His comment came after the Milwaukee Bucks chose to not play their playoff game, which was followed by games being called off in multiple sports.

For Diggs, spreading the word about voting is a major priority and he said he would be casting an absentee ballot in his native Texas. But he also said actions need to be taken beyond statements made by teams or owners.

Some teams have released specific lists of actions they would like to be taken. Seattle’s locker room has not as of yet.

“I think as a league, as the NFL, we’ve got to come together and we got to figure out what our message is going to be and just continue to keep the voices going and keep the movement going,” Diggs said. “Don’t let our voice not be heard. We’ve got to continue to let it go.”

NOTES: CB Quinton Dunbar was not at practice Friday. The team said it was an excused absence for personal reasons. ... SS Jamal Adams participated in Friday’s practice after sitting out the team’s scrimmage Wednesday with a cut finger that required stitches.