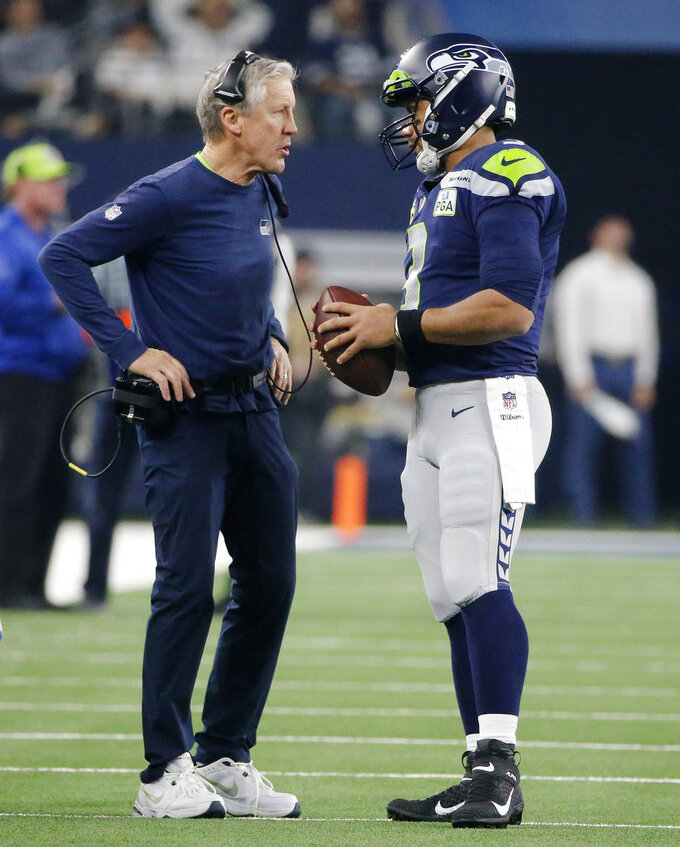 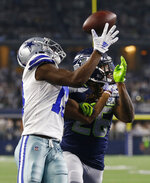 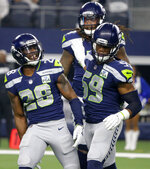 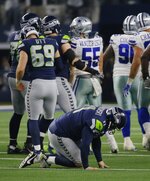 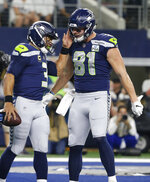 ARLINGTON, Texas (AP) — A rare one-and-done for the Seattle Seahawks in the NFL playoffs. A first for Russell Wilson.

These Seahawks weren't back in the playoffs long, though they stretched out the Dallas Cowboys until after the 2-minute warning Saturday night.

After missing the playoffs last year for the first time with Wilson at quarterback, and then winning six of its last seven regular-season games to get to 10 wins and back this year, Seattle stumbled in the NFC wild-card game with a 24-22 loss.

"I do love being in the playoffs, and I love fighting for every inch and everything that you can do. We did that all of the way to the end tonight," Wilson said. "We felt like if we had gotten the ball back, who knows?"

In each of his first five playoff appearances, Wilson had always won a game. As a second-year quarterback five years ago, he led the Seahawks to their only Super Bowl title. They were NFC champions again the next year.

The Seahawks had won at least once each of the last nine times they made the playoffs since losing a wild-card game to the St. Louis Rams 14 years ago — at the of the 2004 season when Mike Holmgren was their coach and Matt Hasselbeck the quarterback.

"I mean, anytime you're in the tournament, anytime you go into the playoffs, your mind is set, I told the guys last night four more games," said receiver Doug Baldwin, who finished his eighth season. "You believe with every ounce of your being that you are going to become victorious, no matter what obstacles placed in front of you. ... It being fresh, I'm still mourning it. Still in disbelief in many ways."

Seattle got within 24-22 with 1:18 left after a 75-yard TD drive over six plays and 50 seconds. Wilson threw a 53-yard pass to a streaking Tyler Lockett to the 13, a few plays before his 7-yard TD pass to J.D. McKissic that was followed by Chris Carson running for a 2-point conversion.

With 40-year-old Sebastian Janikowski out after injuring his hamstring on a 57-yard field goal attempt that was wide right to end the first half, the Seahawks went for and made a 2-point conversion, just like they did after Wilson's 4-yard TD run late in the third quarter to go ahead 14-10.

After the late touchdown, punter Michael Dickson had to kick off. Instead of a traditional onside attempt, his drop kick went too deep and was fielded by Cole Beasley to seal the game for the Cowboys.

"Anytime you get to this point, you want to win one game at a time, and see how far you can take it," Wilson said. "You never know where it's going to go."

This time, it took the Seahawks to the offseason.