Seahawks without starting center, both starting CBs vs. Rams 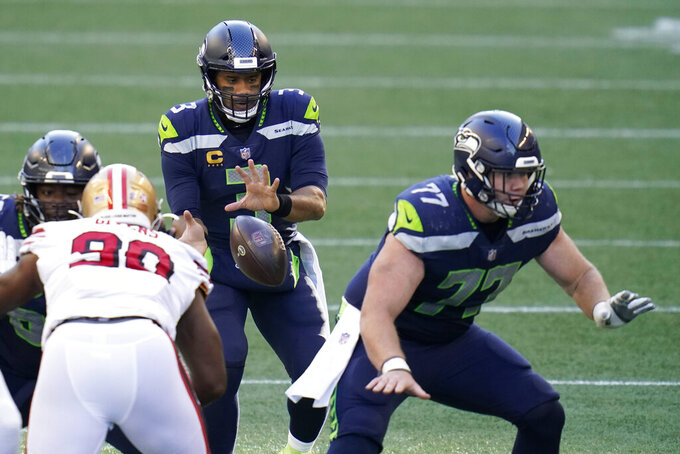 RENTON, Wash. (AP) — Kyle Fuller is drawing quite the task for his first start since 2017 as he steps into the middle of the Seattle Seahawks offensive line.

Fuller is expected to start at center Sunday when the Seahawks face Aaron Donald and the Los Angeles Rams.

Seattle ruled out center Ethan Pocic due to a concussion Friday. Coach Pete Carroll said Pocic reported symptoms coming out of last week’s game at Buffalo and was placed in the concussion protocol. He was not cleared in time to practice this week.

Fuller started two games with Houston during his rookie season but hasn’t appeared in a game since 2018 other than on special teams.

“He’s played quite a bit of football now in the league and so we’ve seen him for years,” Carroll said Friday. “He’s ready to go, and he’s been right there at the edge of getting in and playing.”

Pocic is one of four players the Seahawks ruled out for the matchup against the Rams. But there are several others not expected to play, especially with Seattle having a short week and a Thursday game against Arizona.

Also ruled out is cornerback Quinton Dunbar, who was pulled last week against Buffalo due to a knee problem. Carroll said the short-term focus is rehabbing Dunbar’s knee.

“It’s going to be a bit before we get him back and get him right,” Carroll said. “It will take some time to take advantage of the rehab. He’s making good progress but not enough progress to play in the game.”

With both starters out, Tre Flowers will start at one cornerback spot and some combo of Linden Stephens, Neiko Thorpe or D.J. Reed will be on the other side.

The Seahawks' other big question is at running back where Chris Carson (foot) and Carlos Hyde (hamstring) have each missed the past two games. Hyde practiced Friday, while Carson was slated to run on Saturday.

Both were listed as questionable.