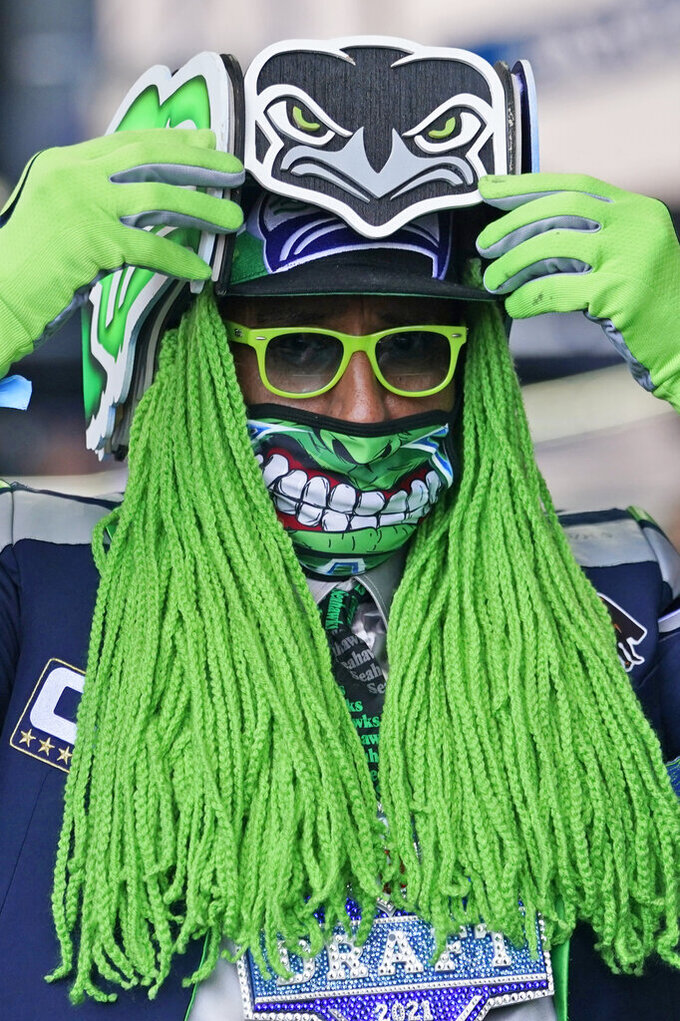 As the NFL celebrated the conclusion of an in-person draft on the shores of Lake Erie that went swimmingly one year after a virtual event caused by the COVID-19 pandemic, several facts emerged.

For sure, the Southeastern Conference is the place to be for college football players. From 12 out of the SEC in the first round — six from national champion Alabama — to a total of 65 through the seven rounds that finished Saturday in Cleveland, the SEC dominated the selections the way it tends to dominate the college game.

Quarterbacks also were key because, well, the NFL has become such a QB-oriented league. Five were taken in the opening round, including the top three: Clemson's Trevor Lawrence to the Jaguars, BYU's Zach Wilson to the Jets, and North Dakota State's Trey Lance to the 49ers. Three more were taken on Friday, and two more went Saturday: Notre Dame's Ian Book to New Orleans, and Texas' Sam Ehlinger to Indianapolis.

The high for quarterbacks in a seven-round draft is 17 set in 2004.

Book was the best-known collegian selected on the third day of this draft. He went somewhere with a QB opening: New Orleans, which saw career passing leader Drew Brees retire.

That doesn’t mean Book, the winningest quarterback in Notre Dame history, will be stepping in to the starting lineup in the Big Easy. Indeed, he’s more likely to be a developmental project behind Taysom Hill and Jameis Winston.

“It’s coach Payton and the offense there and obviously I think it’s huge that Drew Brees was there for as long as he was doing what he was doing,” Book said. “We’re different players but we’re similar in stature, and he proved to everybody down there and in the world that he could do it, and I want to do the same thing, and I feel like I fit in that system well. Those are big shoes to fill. There’s no doubt about it. But that’s exciting, and exciting challenge for me.”

Perhaps it’s notable that the Buccaneers also selected a quarterback this year with their 40-something QB — that guy Brady — still around. Florida’s Kyle Trask went in the second round to Tampa Bay and has a legitimate opportunity to be groomed for the job when Brady finally retires.

Book is known as a strong leader and good athlete. Does the ninth quarterback taken in 2021 have the arm and accuracy to make it behind center in the NFL? We’ll find out eventually.

The Jets doubled up on Michael Carters — MC squared? — on the draft’s final day, which could make for some confusing moments in the locker room. New York first took North Carolina running back Michael Carter in the fourth round at pick No. 107. It later selected Duke safety Michael Carter II in the fifth round at No. 154.

“Yeah, that was the hope,” Jets general manager Joe Douglas said, "to get the MC-squared going into today, and we were able to accomplish that. We’re trying to corner the market on Elijahs (Alijah Vera-Tucker and Elijah Moore) and Michael Carters.”

Talk about a new angle on the Blue Devils-Tar Heels rivalry.

Another specialist, Michigan long snapper Camaron Cheeseman, went to Washington at No. 225. Georgia Tech punter Pressley Harvin III, who joked he wanted to be listed as an athlete, was taken by the Steelers.

Saturday began with Southern California defensive tackle Jay Tufele going to Jacksonville, though Tufele opted out of the 2020 season because of the pandemic.

“Oh, today is the most special day in my life," said Tufele, whose family was directly impacted by the novel coronavirus. “Just the whole, life changing, it’s everything. From being a little kid and then especially with everything that’s happened it’s just a blessing.”

Just as Tampa Bay wrapped up the season by lifting the Lombardi Trophy, the Bucs finished the draft by selecting linebacker Grant Stuard of Houston as “Mr. Irrelevant,” the 259th pick.