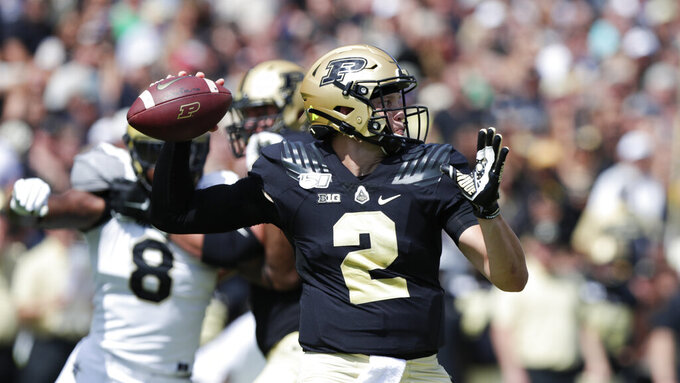 Purdue quarterback Elijah Sindelar has been diagnosed with a concussion and it is unclear if he will be cleared to play Saturday when the Boilermakers host TCU.

The fifth-year senior went to the team's medical tent after a 7-yard run on third-and-14 in Saturday's win over Vanderbilt. It was Purdue's last offensive play of the day.

Coach Jeff Brohm told reporters Monday he believed Sindelar had a "slight concussion" and would be monitored in the concussion protocol.

If he cannot play Saturday, freshman Jack Plummer would make his first career start against a Horned Frogs' defense that is traditionally ranked among the nation's best. Plummer has not thrown a pass in his college career.