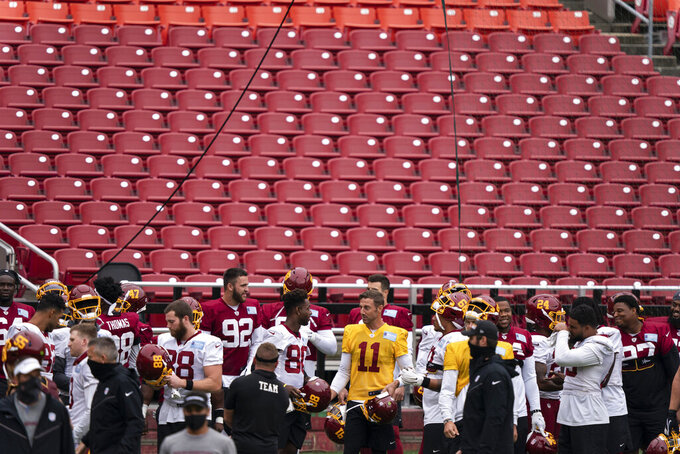 Alex Smith made Washington’s initial 53-man roster Saturday after final cuts were made, another significant step in his remarkable comeback 22 months since breaking his right leg.

Coach Ron Rivera said the veteran quarterback is on the team and there's no plan to put Smith on injured reserve in the coming days. Smith might even be Dwayne Haskins' backup in the season opener Sept. 13 against the Philadelphia Eagles.

Smith's career appeared to be in jeopardy when he broke his right tibia and fibula while being tackled during a game in November 2018. He underwent 17 surgeries to repair that damage, survived a life-threatening infection and was hospitalized for more than a month.

Now, he's running the second team in 11-on-11 drills in practice after being fully cleared for football activities and contact in August. Rivera said Smith hasn't gotten hit by teammates in practice, which is the norm for quarterbacks, but that the 36-year-old looks prepared for contact that would come his way if he got into another NFL game.

Smith making the team means Washington has three quarterbacks, though his progress could mean Kyle Allen is No. 3 on the depth chart.

Another player coming back from injury, linebacker Reuben Foster, landed on injured reserve Saturday after not looking like himself during training camp. Foster, 26, tore the ACL and caused additional damage to his left knee during offseason workouts in May 2019 and missed all of last season.