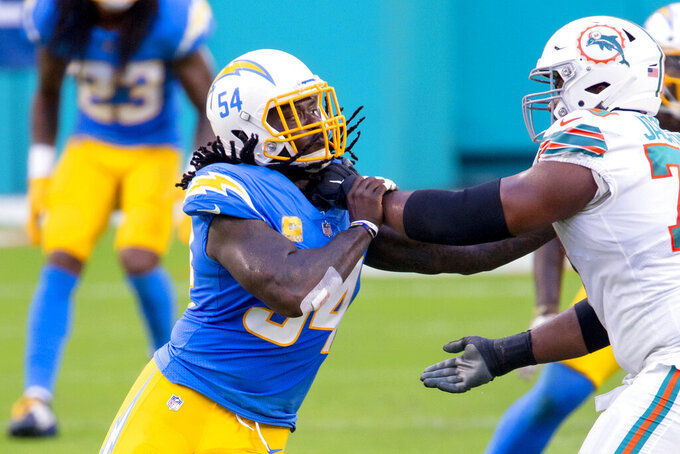 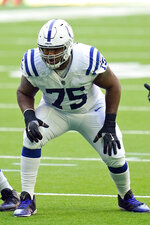 The 32-year-old Ingram was a three-time Pro Bowler during his nine seasons with the Chargers. Ingram had 49 sacks with Los Angeles, including 10.5 in both 2015 and 2017. He did not have a sack in 2020, when he played in just seven games because of a knee injury.

Ingram's arrival gives the Steelers help on the edge following Bud Dupree's departure in free agency over the spring. Ingram will compete for a backup role behind T.J. Watt and second-year player Alex Highsmith.

Green, 29, has appeared in 37 games for three teams during his five-year career. Green played in 15 games last season for Indianapolis. He joins an offensive line in the middle of an overhaul after center Maurkice Pouncey retire, guard David DeCastro was released and left guard Matt Feiler and left tackle Alejandro Villanueva left as free agents.