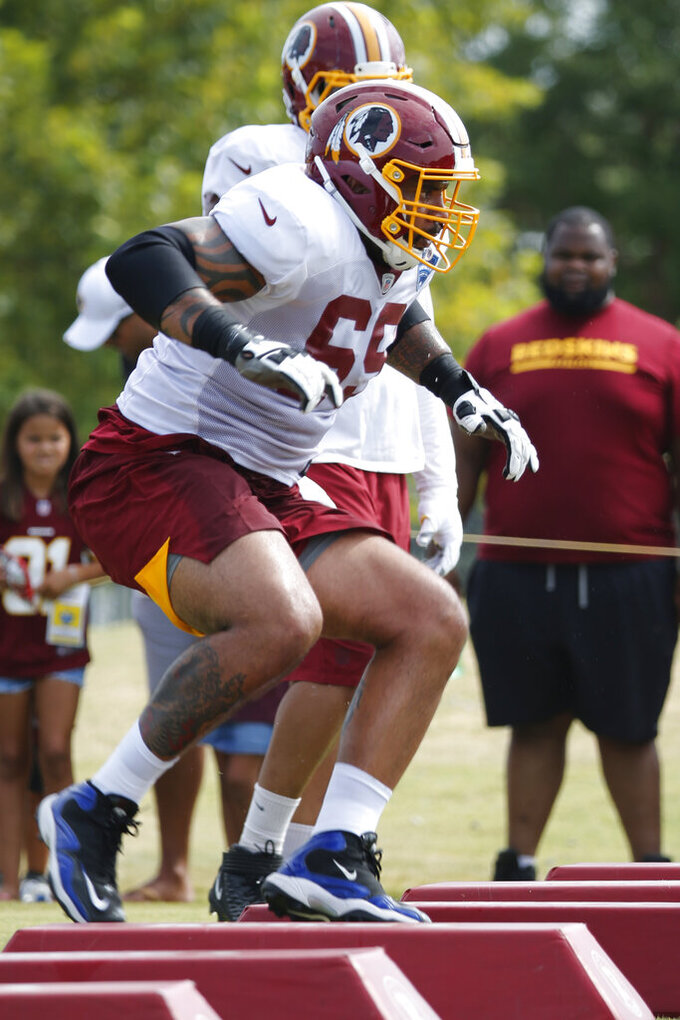 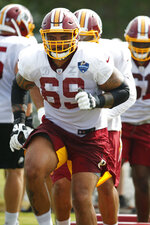 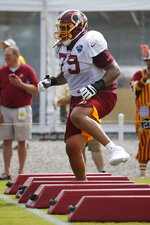 RICHMOND, Va. (AP) — Donald Penn reached out to good friend Trent Williams before deciding to sign with the Washington Redskins.

"We had a good conversation," Penn said. "We're on the same page."

Penn said he chose Washington over other teams for the chance to start at left tackle. Given that interest and his friendship with Williams, bringing in Penn looks like the strongest sign yet that the Redskins' regular starting left tackle's holdout won't be ending any time soon.

The 36-year-old veteran jumped right into practice Wednesday and could soon hold down Williams' old spot.

"I've got a whole bunch in my tank," Penn said. "I'm back at a comfortable position where I feel like I can strive and be great at and get back to my old self."

If Williams stays home or is traded, the Redskins need that from Penn, a three-time Pro Bowl selection going into his 14th season. His 178 games of NFL experience with the Oakland Raiders and Tampa Bay Buccaneers gives Washington's coaching staff confidence he can step in to a prominent role quickly once he gets up to speed with the system.

"It'll take him about 30 minutes, probably," coach Jay Gruden said. "He's a bright guy. He played with the Raiders last year, obviously for my brother, so he'll have some familiarity with some of the schemes. It won't take him long at all."

Penn said he's open to being the Redskins' primary backup tackle if Williams returns. If Williams doesn't, 2018 third-round pick Geron Christian is the favorite for that spot and potentially a long-term fit at left tackle.

The Redskins also have a question mark at left guard, where converted tackle Ereck Flowers and fourth-rounder Wes Martin are competing to start. Along with Penn, Washington signed guard Hugh Thornton, who started 32 games for Indianapolis from 2013-2015 before an ankle injury forced him to take time away from football.

"They told me to show up ready to work, and that's what I am," Thornton said. "I'm an offensive lineman at heart, man. All I want to do is work and help the team succeed any way I can."

Offensive lineman Tyler Catalina was released a day after throwing punches in a fight during practice, and center Casey Dunn was waived injured.