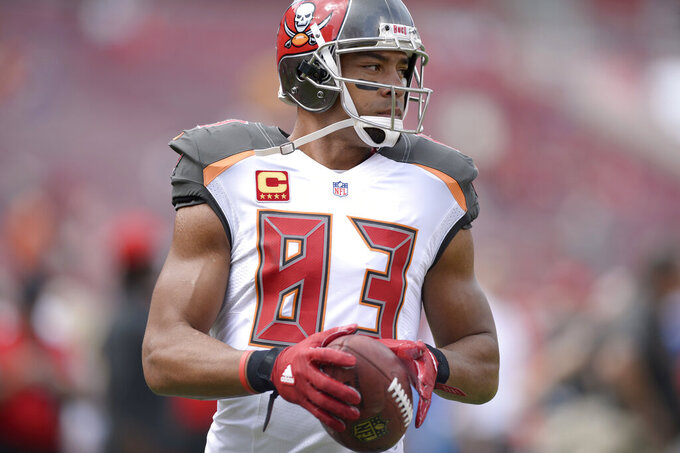 Jackson played 12 seasons with the San Diego Chargers and Tampa Bay Buccaneers before retiring in 2018. Jackson, a three-time Pro Bowl selection, was 38 when he died.

On Thursday, the late player’s family released the findings of a study conducted by the Boston-based Concussion Legacy Foundation’s brain bank in hopes of raising awareness of CTE and the risks of the disease.

“Vincent dedicated so much of his life to helping others. Even in his passing, I know he would want to continue that same legacy,” Jackson’s widow, Lindsey, said in a statement released by the foundation.

”We hope to continue to see advancements in CTE research, enabling physicians to diagnose the disease in the living and ultimately find treatment options in the future,” she added. “There is still a lot to be understood about CTE, and education is the key to prevention.”

Stage 4 is the most severe stage and is usually associated with dementia, the foundation said.

“That his brain showed stage 2 CTE should no longer surprise us; these results have become commonplace,” the doctor added in the foundation statement. “What is surprising is that so many football players have died with CTE and so little is being done to make football, at all levels, safer by limiting the number of repetitive subconcussive hits.”

Jackson was found dead by a housekeeper, four days after checking into a hotel east of Tampa.

The Hillsborough County Sheriff’s Office said at the time there were no signs of trauma and that the medical examiner’s office was looking into the cause of death.

Jackson began his pro career with the Chargers and signed a five-year, $55 million contract with the Bucs in 2012, finishing with 540 receptions for 9,080 yards and 57 touchdowns.

Jackson was a four-time nominee for the NFL’s Walter Payton Man of the Year award and continued to be involved in numerous charitable causes after he retired, including his own Jackson In Action 83 Foundation, which supported military families.