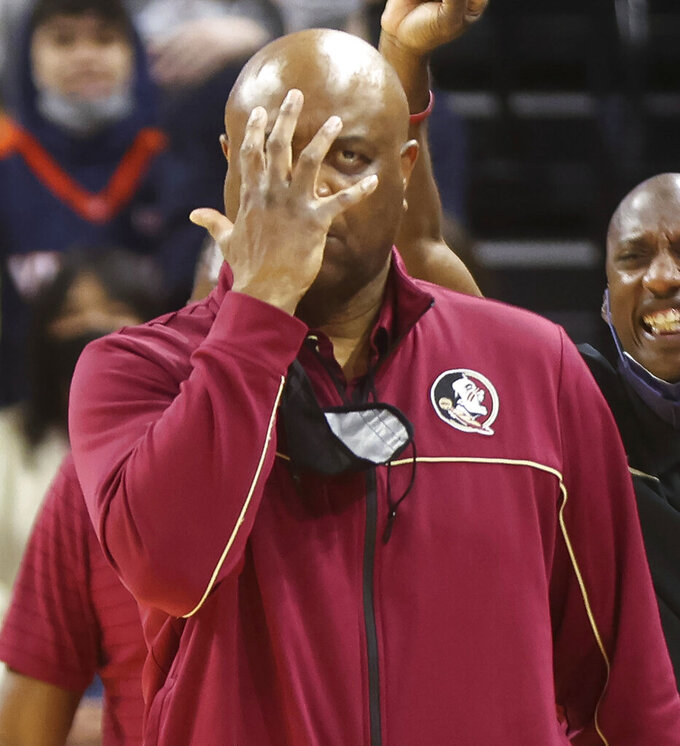 The lack of Black head coaches in college sports remains problematic, according to a diversity study for racial and gender hiring practices.

The Institute for Diversity and Ethics in Sport (TIDES) at the University of Central Florida released its annual report on Thursday, showing the representation of Black head coaches for all college sports has not shown much improvement over the last year.

Dr. Richard Lapchick, the director of TIDES and the primary author of the study, called the continued lack of minority hires “unacceptable" adding that it is "concerning that we are not headed in the right direction.”

“With increased scrutiny because of the racial reckoning after the murder of George Floyd, it is simply not acceptable to lag behind where we were 15 years ago,” Lapchick said in the report. “It is hard to see the results from the widely proclaimed attention we are supposedly placing on diversity, equity and inclusion within higher education.”

Those grades examine a range of positions including leadership at the NCAA headquarters, conference commissioners, athletics directors and head coaches across Divisions I, II and III.

Lapchick said college sports continue to lag behind some of their professional counterparts when it comes to diversity hiring practices.

"Excluding HBCU institutions, the representation of women and people of color in key decision-making roles within collegiate athletics has been weak," Lapchick said.

Lapchick would like to see that progress trickle down to colleges, noting that “athletic departments at the Division I, II, and III levels must strive to meet the standard being set by the NCAA national office."

White people dominated the athletic director positions in Division I (82.3%), II (89.9%), and III (90.5%). Women represented 14% of Division I athletics directors, a decrease of 0.3% from 2019-20. The number of women ADs at the Division II and III levels have increased slightly since last year.

Lapchick said changes need to be made at leadership positions at the college level to reflect the diversity of the student-athlete population.

“The data continue to reflect that better efforts need to focus on diverse hiring and retention of ethnic minorities and women in college athletics,” Felicia Martin, NCAA interim senior vice president for inclusion, education and community engagement said in a statement to The Associated Press. “To assist our membership with identifying qualified administrators, the NCAA has a number of exceptional leadership initiatives and inclusion programs.”

Lapchick suggested a three-pronged approach to help in minority hiring,. His suggestions include:

— Adopt a form of the NFL's Rooney Rule (which is used to promote interview opportunities for minorities) on a conference-by-conference basis.

— An increase in athlete activism to push for change at the college level.

He pointed out that working with sponsors was key to the NFL franchise in Washington dropping its previous name because it was deemed offensive to some Native Americans.

They are now known as the Washington Commanders.

“Their three main corporate sponsors said they were pulling out if they don't change their name,” which Lapchick said helped motivate the NFL franchise to take action. “So I'm hoping to be able to rally corporate America which sponsors the NCAA events, the colleges and conferences and make sure diversity inclusion is important to them.”