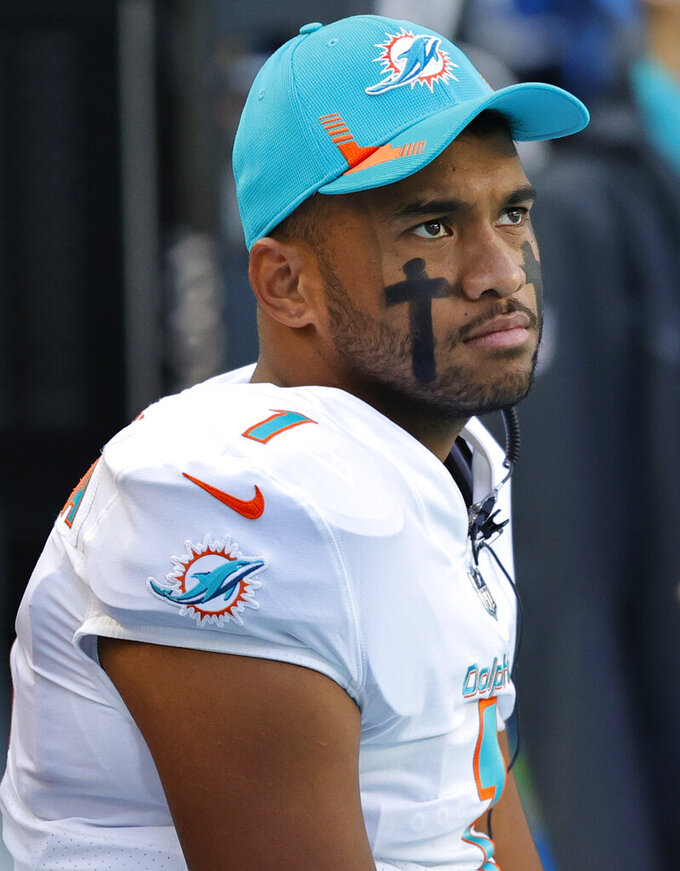 Miami Dolphins quarterback Tua Tagovailoa (1) looks on before the start of an NFL football game against the Houston Texans at Hard Rock Stadium on Sunday, November 7, 2021 in Miami Gardens, Fla. (David Santiago/Miami Herald via AP) 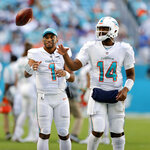 Jacoby Brissett was set be Miami's starter quarterback for a second consecutive week. Tagovailoa will be the backup.

Tight end Nick Boyle, who was a candidate to return this week, was also inactive and is now assured of going more than a full year without playing. Boyle hurt his knee on Nov. 15, 2020 against New England and has not played since — with Thursday being his 18th consecutive absence when including last year's postseason run by the Ravens.

Wide receiver Sammy Watkins, who had missed three straight Ravens games with a thigh injury, was active for Baltimore.