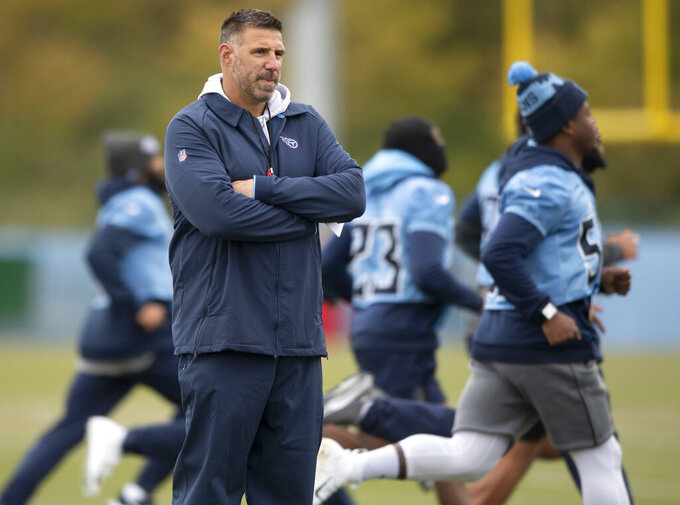 The Titans (6-2) announced the moves ahead of Sunday night's game in Los Angeles against the Rams (7-1).

Tennessee already signed 2012 NFL MVP Adrian Peterson to the active roster Friday, and now it has Foreman to help replace Henry, who's on injured reserve after having foot surgery Tuesday.

Brown had missed the last five games with a knee injury suffered in the Titans' loss to the Jets.

The Titans also activated offensive lineman Aaron Brewer from injured reserve, and they need depth on the line with right guard Nate Davis ruled out against the Rams with a concussion. They also elevated linebacker Dylan Cole and cornerback Chris Jones from the practice squad for the game.