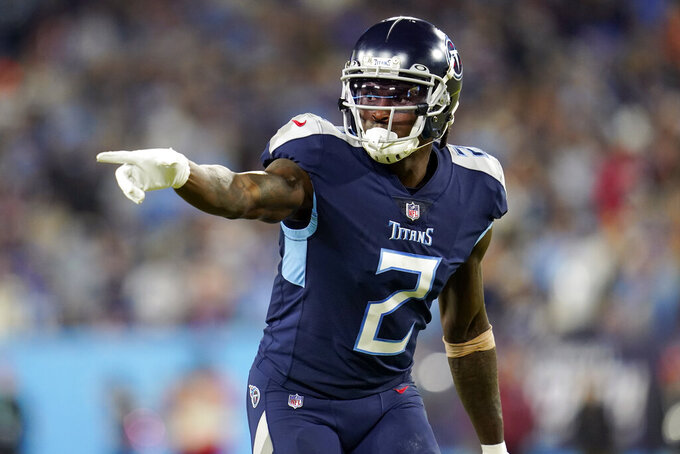 FILE - Tennessee Titans wide receiver Julio Jones (2) lines up for the snap during a Monday Night NFL football game against the Buffalo Bills on Oct. 18, 2021, in Nashville, Tenn. Jones has been activated from injured reserve, clearing the way for him to play Sunday against the Jacksonville Jaguars. (AP Photo/Matt Patterson, File)

Jones hasn’t played since Nov. 7 due to a hamstring injury. He has 21 catches for 336 yards and no touchdowns in the six games he has played this season.

The return of Jones gives the Titans’ offense some help as they deal with the absences of receiver A.J. Brown and running back Derrick Henry. Brown went on injured reserve Nov. 27. Henry also is on IR and hasn’t played since Oct. 31 as he recovers from surgery on his right foot.

Hudson won’t play again this season since this is his second stint on injured reserve.