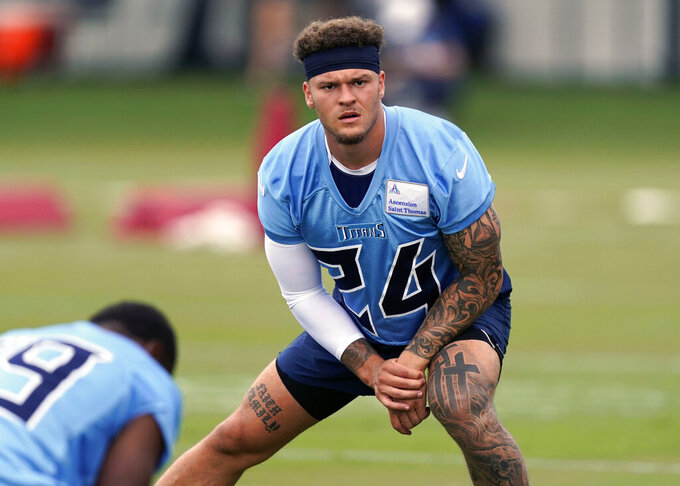 That keeps the Titans (5-3) with 13 players on injured reserve as they prepare to host Denver (3-5) on Sunday.

Burks hurt his left toe and was carted off the field in a win at Indianapolis on Oct. 2. Thanks to Tennessee's bye, the 18th pick overall had five weeks before being allowed to return to practice Wednesday. Molden was placed on injured reserve Sept. 9.

NFL teams are limited to bringing eight players back from injured reserve after rule changes this offseason.

Getting Burks back could provide a much-needed boost to an offense that ranks next to last in yards passing per game. Quarterback Ryan Tannehill is a game-time decision and could start after missing the past two games with a sprained right ankle.

Cunningham had played the last two games after missing three straight. He didn't practice this week with an injured elbow. Thompson had played three games since joining the Titans and now is sidelined by an injured knee. Both were ruled out Friday against Denver.