Titans agree to terms with 2 draft picks before rookie camp 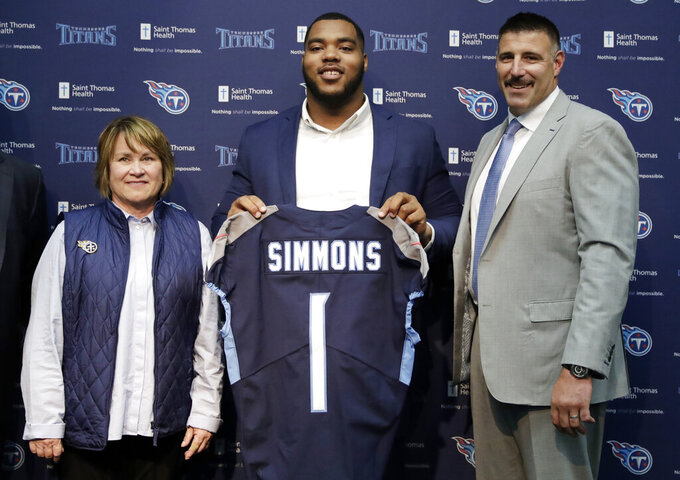 NASHVILLE, Tenn. (AP) — The Tennessee Titans have agreed to terms with outside linebacker D'Andre Walker and linebacker David Long, the first of their six draft picks to get contracts.

The Titans also announced Thursday they have agreed to terms with 12 undrafted free agents a day before starting a three-day rookie minicamp.

Walker was their fifth-round selection at No. 168 overall, and he played 41 games at Georgia where he had 13½ sacks for his career with five forced fumbles.

The 188th pick overall in the sixth round, Long was a three-year starter at West Virginia and Big 12 Defensive Player of the Year in his final season. He had 252 tackles, 40 tackles for loss and 14 sacks in his career.

The Titans stocked up on undrafted free agents from Power 5 conferences with the exception of a pair of Football Championship Subdivision players in defensive tackle Isaiah Mack of Chattanooga and linebacker Derick Roberson of Sam Houston State.

The others include running back Alex Barnes of Kansas State and nose tackle Braxton Hoyett who played alongside Tennessee's top draft pick Jeffery Simmons at Mississippi State.